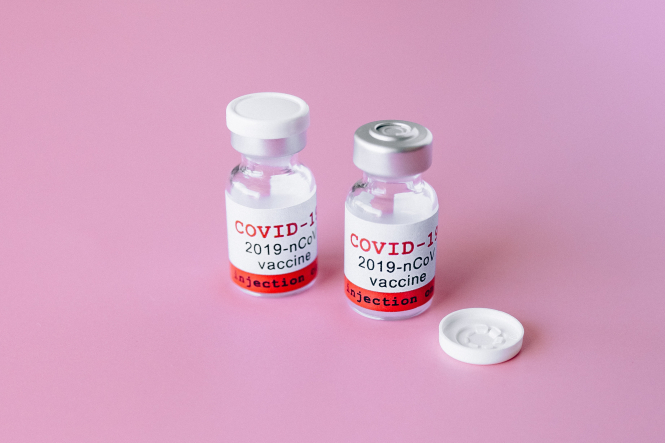 The Académie Nationale de Médecine has recommended that those under 55 years old without health issues receive their Covid-19 vaccine doses six months apart, instead of the current six weeks.

The institute is made up of some of the country’s top doctors, surgeons and scientists but its recommendation has no legal weight.

It offered its latest suggestion as a way for France to accelerate its vaccination campaign and reach herd immunity faster.

“In view of the need to rush the vaccination campaign despite vaccine supply limitations, and based on the vaccination coverage modelling work, a longer period of around six months would make it possible to reach a herd immunity much faster with the same number of doses while ensuring a satisfactory individual protection,” the academy wrote in a press release published April 12.

The suggestion of this six-month gap is only for people vaccinated with the Pfizer-BioNTech or Moderna vaccines.

The gap between when patients receive the two doses of these vaccines was increased from four to six weeks on Wednesday (April 14).

"It will allow us to vaccinate more quickly without seeing a reduction in protection," Health Minister Olivier Véran said in an interview with the Journal du Dimanche.

The academy wrote, “the major challenge in overcoming the current health crisis is to acquire sufficient herd immunity to control the circulation of SARS-CoV-2 and to consider the relaxation of restriction measures”.

Those under 55 are not yet eligible to be vaccinated in France unless they belong to certain professions, such as health professionals or carers, or they have certain serious health conditions.

In the UK, the two doses of the Pfzier-BioNTech and AstraZeneca vaccines are given 12 weeks apart.

Three measures to speed up the rollout

In its recommendation, the academy also called for the population of people eligible to receive a first injection to be broadened, in particular, suggesting teachers of all ages be prioritised.

It also suggested postponing the vaccination of people who have already tested positive for Covid-19 to six months after the date of the positive test.

In France, people who have already been infected are recommended to only receive one dose of a Covid-19 vaccine.

The Haute Autorité de Santé, whose recommendations the government usually follows, has stated that people who have had Covid-19 should wait for around six months before being vaccinated, if they can.

French health body: one vaccine dose if you have had Covid

The academy based its suggestion for extending the gap between doses on two recent studies.

The first is a study carried out by the US Centers for Disease Control and Prevention, which found a single dose of a Pfizer-BioNTech or Moderna Covid vaccine provides 80% protection against infection two weeks after the injection. This rises to 90% after a second dose.

The second study was conducted in the UK among hospital staff, with the UK variant of Covid-19 circulating. It found that BioNTech-Pfizer’s vaccine offered 72% protection three weeks after the first dose and 86% after the second dose.

A third dose could be needed

The CEO of Pfizer, Albert Bourla, has said that people will probably need a third dose of his company’s vaccine within a year of receiving the second.

He also said that a Covid-19 vaccination could become an annual reuirement, similar to the flu jab.

"A likely scenario is that there will be a need for a third dose, somewhere between six and 12 months and then from there, there will be an annual revaccination, but all of that needs to be confirmed," he said.

He said that variants of the virus would play a key role.

The comments were made at the beginning of this month but only published yesterday (April 15).

France to give third Covid vaccine dose to those with immunodeficiency

20 hours ago
3
What could France’s traffic light plan mean for summer travel abroad?