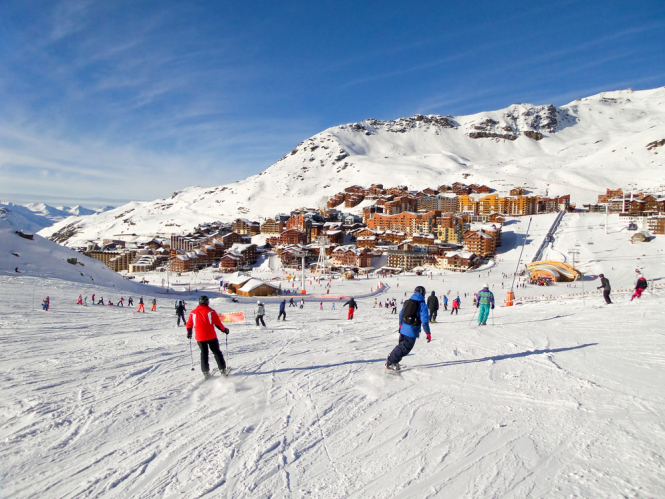 Val Thorens is one of the first ski stations to open in France this year after a troubled 18 months due to the Covid pandemic Pic: Delpixel / Shutterstock

Skiers in France have returned to the slopes this weekend as the first mountain stations opened after two troubled seasons due to the Covid pandemic.

Pistes reopened in stations including Val Thorens in Savoie (the highest ski station in Europe), and Porté-Puymorens in Pyrénées-Orientales.

The latter is the first station to open in the Pyrenees, even though only one piste is currently available for skiing.

Franck Feyeux, ski lift operator in Porté-Puymorens, told BFMTV: “It provides work for so many people, so we were really looking forward to seeing clients back here.”

Éric Charre, director of the station, said: “I have been director for 10 years, and we have been able to open for at least eight seasons in the month of November. We owe it to our site, which reaches 2,500m, as it’s a cold area in a very good position.”

He said that the station had managed to “hold out well” over the Covid crisis, as most of the seasonal workers live close by and are able to be “reactive”. He said that the restarting of the station would “put the economic engine of the valley back in motion”.

More stations are set to open between November 27 and December 4, depending on conditions.

It comes after the Covid-19 pandemic all but closed ski resorts last year, after all ski lifts were closed.

So far, this year, masks are still required in the ski lifts and in queues, and will be needed in crowded and indoor areas, such as in restaurants or while waiting for ski lifts. Some may also require health passes.

After the difficulties of the past 18 months, ski stations are hoping to have a bumper 2021-2022 season to make up for the losses.

Olivier Simonin, director of the Val d'Isère Téléphériques, said: “This year is very important and essential for us. We know that if we don't do well this year, our future is at stake. We couldn’t bear the thought of not having a  winter season, so we did everything to make it happen."

Val d'Isère is set to open on November 27, along with Cauterets in Hautes-Pyrénées and les Angles in Pyrénées-Orientales on November 30.

The most family-friendly stations will likely open on December 18, as Christmas school holidays begin.