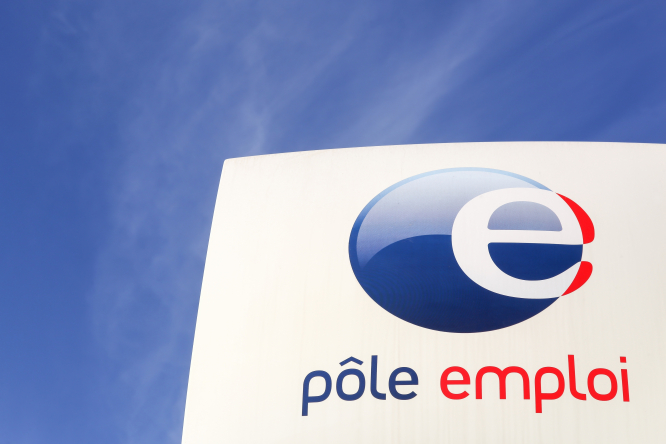 France is to change the way it calculates financial aid for new job seekers from today (October 1), as reforms for the French unemployment service, Pôle emploi, come into effect.

Under the current system, “in some cases, you can earn more being unemployed than working”, she told Le Parisien.

Unédic – a branch of Pôle emploi – has predicted that 1.15 million newly unemployed people in France will see their monthly allocations decrease by an average of 17%, as the calculations for the daily amount, le salaire journalier de référence, change.

However, the amount of time that they are eligible to receive monthly funds will increase from an average of 11 to 14 months.

These will mean that workers must have been employed for at least six out of the past 24 months when their contract ends in order to access benefits, as opposed to four months currently.

Rules will also change for gradual reductions in the amount allocated each month.

Similarly, reductions in funds of 30% will start in the seventh month after signing up, as opposed to the ninth month currently, for job seekers aged under 57 who receive a monthly gross amount of more than €4,500.

However, a ‘no-claims bonus’ for companies in sectors that frequently hire workers on short term contracts (such as hospitality, seasonal transport and forest work) will not be introduced until September 2022, after a ‘period of observation’.

This ‘bonus’ is intended to encourage employers to hire workers on longer contracts by changing the rate of unemployment contributions they pay, based on how many employees come to the end of their contract with the company on average each year.

The changes were initially planned to be introduced on July 1, 2021, but this was rejected by the Conseil d’Etat on the grounds that they were unsuitable in the difficult economic conditions following the Covid crisis, and would make work more ‘unstable’.

Four months later, unions have brought an appeal against the changes to the Conseil d’État, the latter of which is studying their case.

However, the government is pressing ahead to implement the measures anyway, on the grounds that the economic situation is now “stronger”.

Union protests are planned around France on October 5, with one representative asking Le Parisien: “How can they say that the situation is better, when the cost of living, especially energy prices, is exploding?”

How is unemployment benefit calculated in France?

Unemployment benefits in France are not paid at a flat rate (as in some countries, such as the UK) but as a percentage of your previous salary.

It is calculated depending on your social security contributions and salary level over the previous 12 months, up to a limit of €12,680 gross payment per month.

The website of French social security centre CLEISS, shows that the calculation of the SJR is: Reference salary / number of days worked during the reference period x 1.4.

The daily reference is equal to the highest of the following amounts:

If your unemployment amount does not reach a high enough level, you may also be eligible for other benefits, such as the Revenu de Solidarité Active (RSA), and housing aid.

In 2021, statistics researchers Statista found that the vast majority of people claiming unemployment benefit received €1,000-€1,250 per month, with the second-most common amount €750 to €1,000. Almost all claimants receive less than €3,000 per month.

How many people claim unemployment benefits in France?

Figures from 2021 show the rate is lowest in Brittany, at 6.6%; and highest in Hauts-de-France and Occitanie, where it has reached 9.4%.

What are the criteria to be able to claim?

The criteria you must meet in order to claim unemployment benefit in France include:

You must also register as a job seeker with Pôle emploi, and you cannot be in receipt of a full state pension at the same time.

You can claim unemployment benefit in some specific circumstances when you have resigned, although there are other conditions attached.

If your contract ends, and you receive a severance payment, you must wait six months before you can claim unemployment benefit.

You must also normally wait at least seven days after your job ends in all cases, except if you have been unemployed for another time in the past 12 months.

Depending on your net benefit, you may be exempt from paying social security (cotisations sociales), but if your benefit is high enough, you will still need to pay between 0.5-6.2% on the majority of your benefit, depending on the amount.

New €500 aid for young job seekers in France to start