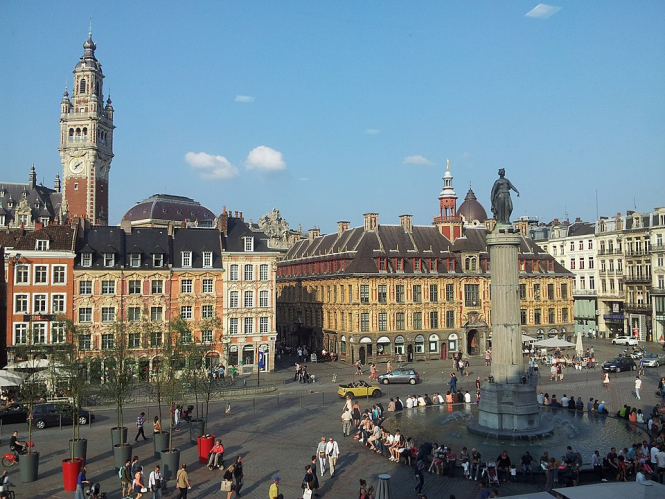 Extra restrictions - including a possible local lockdown - are being considered for the north of France including Dunkirk and Lille, after a spike in Covid-19 cases in the region, the prime minister has said.

Prime Minister Jean Castex is asking for “extra braking measures” in Dunkirk and the Hauts-de-France due to the “severe worsening of health indicators in recent hours”, his office said yesterday.

Dunkirk hit a threshold of 901 cases per 100,000 inhabitants on Monday, and also has a higher-than-average number of cases of the UK variant.

Mayor of Dunkirk, Patrice Vergriete, has said that he would not be against the introduction of a local lockdown in the area.

But he said: “However, we believe we should try everything [first] before taking measures to curb people’s freedom.”

The mayor has also urged people to avoid family gatherings, and to work from home whenever possible.

Mr Vergriete said he had suggested a “huge prevention campaign” to Health Minister Olivier Véran, including “zero gatherings allowed” until March 15. He said: “We have proposed this final suspension. This is our last chance before [being forced to] impose lockdown.”

Mr Vergriete spoke with Mr Véran on Monday with the minister set to visit Dunkirk today.

Yet, he said that there was no certainty that any new measures would be announced tonight. He said: “We are going through the same process as the Nice region.”

Nice - along with 63 communes on the Alpes-Maritimes coast - has imposed a local lockdown at weekends for at least the next two weeks.

It has closed all shops and commercial centres over 5,000m2, except pharmacies and food shops. Shops larger than 400m2 must limit shoppers to allow 15m2 of space per person.

In comparison to Dunkirk, the region had reached 700 cases per 100,000 inhabitants when measures were imposed.

It comes after Mr Vergriete said that he had first suggested more severe measures for his region in mid-February, “but our calls were not heard”.

These measures, proposed on February 12, had included demands for the closure of collèges and lycées. At that time, the cases were at 485 per 100,000 residents.

This week, a source from Mr Vergriete’s office told newspaper Le Monde: “In contrast to 10 days ago, Mr Vergriete is not demanding a series of precise measures. He wants to know what the state is considering.”

Bertrand Ringot, mayor of Gravelines in the Nord, said that the mayors in the Dunkirk area would join together to decide appropriate measures.

He told news channel BFMTV: “We will have this discussion, to know which measures we must put in place. That is a debate we must have.”

Mr Ringot said that he was not necessarily in favour of imposing a local lockdown in the Nord.

He said: “I think that we are in a school period, we have big spaces, we are not necessarily in the same position as the city of Nice, in the town centre. We have big beaches, etc.

“We already have the curfew at 18:00. We must avoid gatherings, and maybe add more measures, and then of course vaccinations, which we are eagerly awaiting.”

He reminded people that in the meantime, other measures were still necessary and helpful, such as testing even if you have no symptoms, physical distancing, and avoiding meeting in family groups.

Professor Philippe Froguel, from the CHU hospital in Lille, has warned that the situation is not confined to Dunkirk and Gravelines.

He told BFMTV: “The emergency is not only for Dunkirk. It is for the whole of Hauts-de-France.”

He said that in Lille, “we were on 40% [of cases] being the UK variant, 2% the South African last week. That means that this week in Lille we will cross the 50% threshold [for the UK variant] and we are at risk of reaching 60-70%.

“We are a week behind Dunkirk, no more than that. Our house is burning.”

He added: “Dunkirk is to the north-west of Lille, so it is descending gradually. The Lille CHU has not seen a significant rise yet, but we will see a rise in patients next week. The situation is really worrying.”

The discussion of local measures in the Nord suggests that the government could be considering a new strategy to combat Covid-19.

President Emmanuel Macron this week said: “Given the situation, we need to [act] by region.”

A government source told BFMTV: “We have to do it case by case.”

Professor Didier Guillemot, epidemiologist at research unit l’Institut Pasteur, told newspaper Le Figaro: “Local lockdowns are an avenue to explore given the situation we find ourselves in.”

He said: “This would allow us to combine economic and social activity, while controlling the epidemic that we may not see the end of for a while.”

But Professor Gilles Pialoux, head of infectious and tropical diseases at the Tenon hospital in Paris, told FranceInfo that local lockdowns are merely “damage control”, and too little too late “once the fire has started”.

He said: “We are seeing these partial measures because we have demonised the word ‘lockdown’, so all policies are being organised to avoid it, which is an error. We are not going to be able to carry on with these local situations.”

She said that lockdown is largely a “palliative measure”, whether it is imposed at weekends or every day.

The government is set to hold a defence council meeting this morning to discuss possible new measures to fight Covid-19, but no significant new rules are expected to be announced this week.