Hat belonging to Napoleon and containing his DNA up for auction 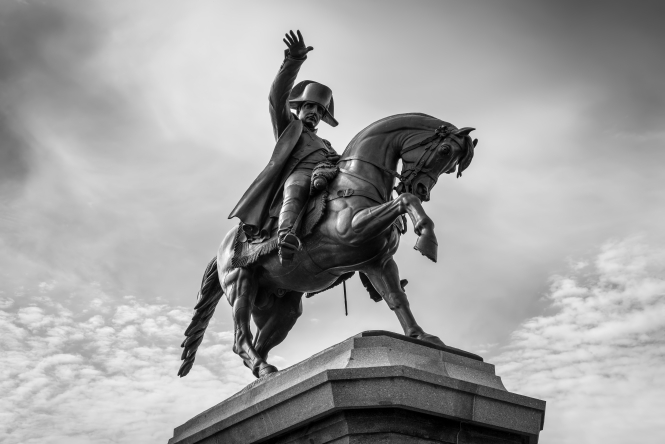 Napoleon and his hat are synonymous with each other Pic: byvalet / Shutterstock

One of Napoleon Bonaparte’s distinctive black bicorne hats is to be offered for sale on October 27 at Bonhams in London, described by the auction house as the “first hat to bear the emperor’s DNA”.

Although the hat is still said to be in excellent condition, the collection of hairs found inside it have confirmed that it was definitely worn by him at some point.

The current owner also bought the bicorne at auction, but when they purchased it in Germany, it was not known to have belonged to Napoleon.

However, the buyer then discovered some inscriptions on the hat, which encouraged them to have it examined in more detail.

Its age and dimensions stood up to scrutiny, but it was only when a technique known as electron microscopy was used as part of an in-depth analysis that five hairs were revealed.

“Two of those hairs were then followed up, and they carried the marker of Napoleon”, Simon Cottle, the managing director for Bonhams Europe, told the Guardian.

Ahead of the auction, the hat will travel from Hong Kong - where it is currently being displayed at Bonhams Hong Kong - to Paris and then on to London.

It is not the only hat that Napoleon wore. Others of this style have fetched up to £1 million and tend to have been handed down through noble families or picked up by soldiers on the battlefield.