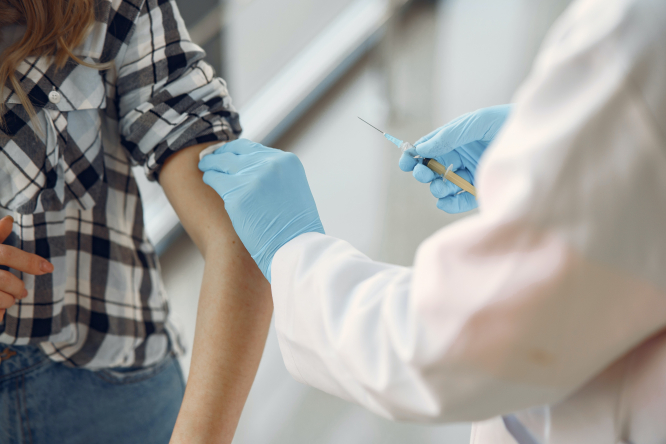 France has pre-ordered 90 million doses of vaccine from several suppliers, with a first batch of 7.9 million vaccines expected to arrive mid-January
By Emilie King

A vaccination campaign against Covid19 is being put in place to begin in France as early as late December or mid-January.

It follows announcements that several vaccines should be ready early next year, starting with one by BioNTech and Pfizer.

The German and US firms working together to produce the vaccine say it is 95% effective and have asked the US authorities to give the go-ahead. EU authorisation could follow this month, says the European Commission.

A vaccine by Britain’s AstraZeneca, said to be 70% effective, is expected in January, followed in February by one from US firm Moderna – announced as at least 90% effective – and another from US firm Novavax.

France has pre-ordered 90 million doses from several of these suppliers, with a first batch of 7.9 million vaccines expected to arrive mid-January.

With two doses needed per person, 45 million people could be vaccinated.

Other firms, including France’s Sanofi and Institut Pasteur, are developing vaccines which they hope will be ready later in 2021. As one of the worst-hit EU countries, with 48,732 Covid deaths, France will want to begin vaccination as soon as possible.

It has budgeted €1.5 billion so far. Part will go on 50 ‘super-freezers’ to keep the BioNTech and Pfizer vaccines at -80C at secure sites. The Moderna vaccine by contrast can be stored at -20C.

Health Minister Olivier Véran said: “We need to know the vaccines are effective and safe, and that they have been given all necessary authorisations. If this is done, there is no reason why we can’t start vaccinating by mid-January.”

The mairie of Paris says it hopes to vaccinate the 30-40% most vulnerable people in the city from January. Specific sites would be requisitioned to do this.

The president of the Covid-19 scientific advisory committee to the government however has said vaccinating the most fragile people by the end of February is more likely.

Dr Jean-Paul Hamon, honorary president of the Fédération des Médecins de France doctors’ union, also cast doubt on a January start. “It “takes time to get all the authorisations,” he said.

There are other challenges, for example each vaccine will be different: one may be better suited to older people, while another may prevent severe illness, rather than stopping the disease’s general spread. It is unclear yet if people would need to be vaccinated again in future years.

Also, the ordered doses will not all be ready at once.

Health advisory body Haute Autorité de Santé recommends priority be given to over-65s, those with chronic illnesses, health workers and people in communal living situations, such as hospitals, shared housing or prisons.

The longer-term goal is to vaccinate most of the population. The government fears not enough people may take it up to achieve collective immunity but has so far ruled out making it obligatory despite calls to do so.

To achieve collective immunity in France experts believe 60-70% of the population – 40-47 million people – should be vaccinated.

The vaccine is expected to be free and is likely to be administered in hospitals and health centres and multi-practitioner clinics or designed ‘Covid centres’, the Health Ministry has said. The army could also be mobilised to help.

President Macron to announce 3-step route out of lockdown