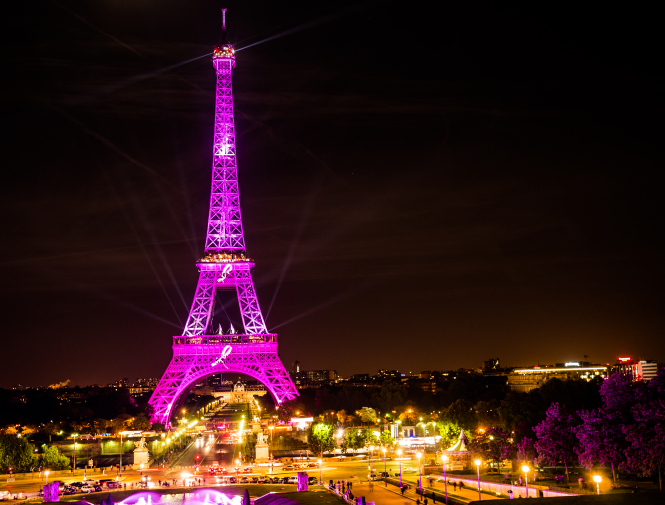 Too few women in France aged between 50 and 74 are being checked for breast cancer.

The good news – as the annual Octobre Rose awareness month begins – is that breast cancer is not the killer it once was, thanks to improvements in screening and treatment. Three out of four women go into full remission after the right care.

And, according to the Haute Autorité Santé, a mammogram every two years reduces death rates in the 50 to 69 age group by 15% to 21%.
Despite this progress, the most common form of cancer among women in France causes 12,000 deaths a year.

Mortality rates from breast cancer have decreased over the last 15 years due to better screening and more effective treatments.

In France, every woman aged between 50 and 74 will receive an letter inviting them for a screening every two years. The letter is accompanied by a cost exemption certificate and a list of radiologists in your department accredited under the national prevention scheme. You can make an appointment directly.

If there are abnormalities, other examinations may be requested, such as an ultrasound or a biopsy. These additional examinations are covered by your health insurance under the usual conditions of reimbursement.

Doctors advise women to keep their screening images and the report and take them to all subsequent screenings – even routine ones. The aim is to be able to compare the new images with the old.

The Octobre Rose campaign raises millions for cancer research every year. The campaign is organised by the Le Cancer du Sein, Parlons-en! association, which works year-round to support medical and scientific research and inform as many people as possible about breast cancer.

Major events have marked the campaigns of recent years – and every year since 2014, the Eiffel Tower has been illuminated in pink to accompany the association’s annual campaign.

In addition, every year from October 1 to November 15 the association sets up a service with a medical oncologist who answers questions in private. Throughout the year, a discussion forum is also available for women affected by the disease as well as for their families and friends.

If you are someone who is touched by cancer, the charity Cancer Support France offers a free, confidential support service for English speakers in France.

The association is run by volunteers, who can provide a range of services, including accompanying patients to consultations, offering language support and information in English about cancer and its treatment in France.

They also have an ‘Active Listener’ programme, made up of trained volunteers who provide emotional and practical support to people with cancer – as well as their family and friends.

Volunteer fo David Wilson, said: “Active Listeners are at the heart of our work. Many people, even those with a good level of French, say that it is great to know that there is an English speaking person to talk to either in person or on the phone.”

You can get in touch with them at helpline@cancersupportfrance.org or by calling 0800 240 200. Calls are free from a land-line and are taken on answerphone.