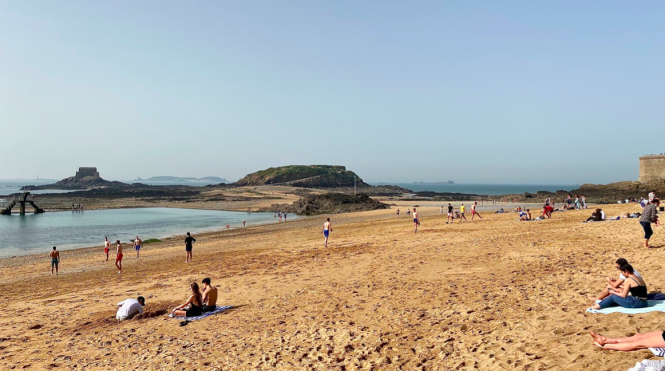 The highest March temperatures recorded in France in 75 years will be replaced by cold winds and snow next week.

Around the country over 230 records for high temperatures were beaten on Wednesday, March 31, forecaster Meteociel reported, with the unusually warm weather continuing on Thursday.

In Paris, the temperature reached 25C for two consecutive days in March last week – a first in French weather records.

And France was home to the two hottest town in Europe on Thursday April 1 afternoon, when temperatures reached 28.8C in Hossegor (Landes) and 27.6C in Brest (Finistère).

But, by the end of next week temperatures across the country are expected to fall by up to 15-20C.

Winter weather to start in north-west

The onset of cold weather will begin today as temperatures fall by up to 10C in northern and central France. The cooler temperatures will spread across France over the weekend.

A second drop will come on Easter Monday (April 5) as a cold front from the UK will sweep the country, bringing winter weather with it.

Rain and cold winds are expected to hit north-west France on Monday morning, before spreading down to the Loire by midday and progressing further south during the afternoon.

Rain may be mixed with snow in Normandy, Hauts-de-France and Ile-de-France. Hail is forecast in the north and on the north-east coast by Monday evening.

Poor weather may also cause disruption in Auvergne-Rhône-Alpes with mountain roads in the northern French Alps at 400m altitude expected to experience snowfall on Tuesday morning.

Weather change not unusual for spring

François Jobard, forecaster from Météo France told HuffPost the dramatic change in temperatures is not as unusual as it may seem.

He said: “Spring is the ultimate season for brutal differences in temperatures.

“And in any season, you can have differences of 10-20C from one week to another.”

Mr Jobard did not think that climate change was behind the cold weather forecast for next week, as the expected temperatures are not that unusual for April.

“Next week we should have temperatures of -4C, meaning a little freeze. That’s far from the record for cold weather [in April], which is -10C,” he said.

Harvesting the health benefits of French birch sap in spring