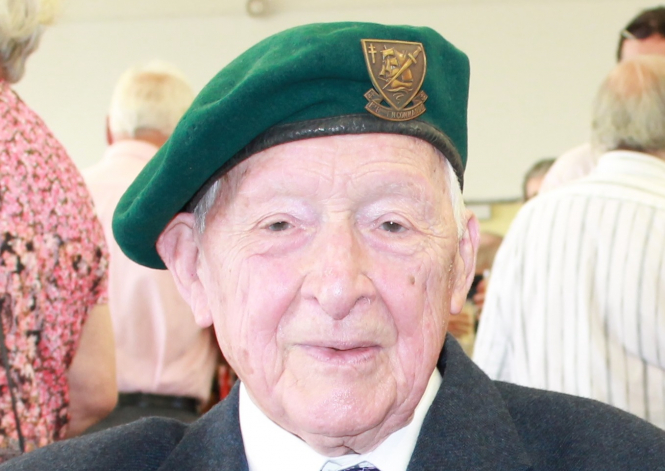 President Emmanuel Macron has paid tribute to a commando who took part in the D-Day landings in 1944, who has died at the age of 106.

Hubert Faure, who died at the weekend, was one of 177 members of the so-called Kieffer Commandos, officially known as 1er Bataillon de Fusiliers Marins Commandos, who landed on Sword Beach on the morning of June 6.

He had been promoted to Grand Cross of the Legion d'Honneur - the highest level - on January 1 this year, in recognition of his bravery.

In a statement, in which the President 'express[ed] the gratitude of the nation', the Elysée said that, '"at the heart of the darkest pages in the history of France, Hubert Faure wrote lines full of courage and honour".

Mr Macron had previously spoken of the bravery of the Kieffer Commandos at the 75th anniversary of the D-Day landings in June 2019. "They were only a handful, of course, but a handful of brave men (...) a powerful symbol for the honour of France," he said at the time.

Born May 28, 1914 in Neuvic, Dordogne, Mr Faure was the son of a First World War soldier who died from wounds suffered in a gas attack at Verdun.

He served in a battle tank regiment at the outbreak of World War Two. Taken prisoner in June 1940, he escaped shortly after the French surrender that month.

When the Allies launched Operation Torch in North Africa in November 1942, Mr Faure decided to join the Free French Forces in England. But he was arrested in Spain by Franco's forces. He escaped again, and fled to Portugal before flying to England.

A year before the D-Day landings, he volunteered to join fellow French soldiers under the command of Philippe Kieffer, where his leadership qualities were quickly recognised in preparations for the invasion.

Years later, he recalled Commander Kieffer's words: “He told us there would be many casualties. Those who didn't want to go could leave, he wouldn't blame them. But no one backed out. At that age, we are not afraid to die."

He was seriously injured on the day of the attack, but returned to battle - even briefly taking command. He was wounded several more times in the weeks after the landings and had to give up his military career at the end of the war - becoming a public works engineer and working in Africa after finishing his studies.

He was made a Grand Officer of the Legion d'Honneur in 2008.

Léon Gautier, 98, is now the only surviving member of Kieffer Commandos.

Read more: Churchill's grandson: A love of France 'runs in our family'