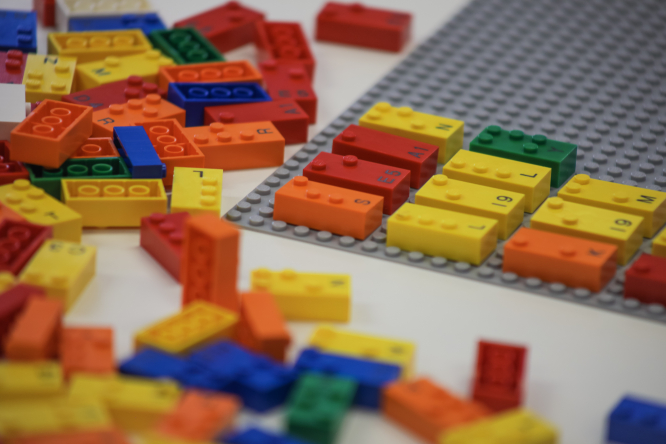 The LEGO braille set has 300 bricks, each printed with a different symbol or letter.
By Joanna York

In an online statement, the Danish toymaker said the braille bricks retain the “iconic form” of classic LEGO bricks. However, “unlike a regular LEGO brick, the studs are arranged to correspond to numbers and letters in the Braille alphabet.

“Each brick shows the printed version of the symbol or letter, allowing sighted and blind children to play and learn together on equal terms.”

The company hopes the bricks can be used as a playful learning tool to help teach braille “in an enjoyable, tactile environment”.

They are also completely compatible with regular LEGO bricks and can be used as building blocks for general play.

As well as France, the braille bricks are now available in Brazil, Denmark, Germany, Norway, the UK and the US and have been adapted for each language. LEGO plans to release braille bricks in 11 languages and 20 countries by the beginning of 2021.

The braille system of touch reading and writing uses raised dots to represent symbols such as letters of the alphabet and punctuation marks. It was invented 200 years ago by Frenchman Louis Braille. World Braille Day is celebrated on January 4.