M&S: Brexit customs issues are forcing us to review our French stores 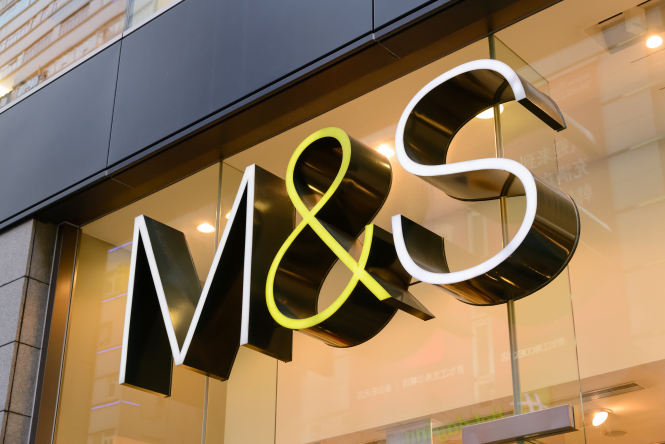 M&S has said that only two thirds of sandwiches destined for France are arriving because of border control delays. Pic: TungCheung / Shutterstock

[Article updated at 14:15 on September 15 to reflect a comment from Lagardère.]

Marks & Spencer has confirmed to The Connexion that it is reviewing “reconfiguring” operations of its French stores “in light of new customs arrangements” following Brexit.

The UK’s exit from the EU has resulted in supply chain problems for the high street retailer, which has faced product shortages and delays which are leaving the shelves of its 20 French shops only half-filled.

In January, M&S published a trading statement which said that “very complex administrative processes” would “significantly impact our businesses in Ireland, the Czech Republic and our franchise business in France.”

Company chairman Archie Norman added in July that “byzantine” border controls meant that only two thirds of sandwiches were reaching their destinations, with the rest passing their sell-by-date before arrival.

The Mail on Sunday has reported that M&S is “poised” to close French stories, with “an announcement” set to be made “in the next few weeks.”

An M&S spokesperson told The Connexion: “In light of the new customs arrangements we are taking decisive steps to reconfigure our European operations and have already made changes to food export into Czech Republic.

“We operate a franchise business in France [with partners SFH Invest and Lagardère] and are currently undertaking a review of the model with our two partners in the market.

“We [are not releasing] any further information beyond this as discussions are ongoing.”

To lessen the impact of customs-related delays, the chain could switch to the business model that it recently introduced in the Czech Republic, where it has pulled all fresh produce  – including sandwiches – from its offering and replaced it with an expanded range of products with a longer shelf life.

Lagardère told The Connexion that: "Following Marks & Spencer’s announcement regarding the review of its French operations, Lagardère Travel Retail France confirms that there is no immediate change to our nine Marks & Spencer stores in transport hubs.

"However, due to supply chain constraints, we are working closely with our partner to define a new innovative and sustainable model that will allow us to offer a number of the products which have built Marks & Spencer success in France and best represent British food culture & tradition."

Mr Norman has this week told LBC that: “What we’ve discovered is that the EU rules for governing borders, and their customs union are totally out of date, and not suited for the purpose they are designed for – what we’ve got is a fandango of bureaucracy.

“Our products, our fresh sandwiches and ready meals, going to Ireland or France are delayed by about a day – that is not good if you are a sandwich. We are getting about 80% of our product through, less than that in France because the French, predictably, are draconian,” he added.

The Connexion has also approached the French customs service for comment on these claims.

The UK government is considering a delay for the introduction of similar checks on food imports from Ireland and mainland Europe, but business leaders fear that this alone will not keep shelves stocked.

National Farmers Union director of trade and business strategy, Nick von Westenholz has said that supply issues will be caused by a lack of “workforce availability,” as the UK faces a shortage of lorry drivers.

In general, M&S has reported a positive profit outlook based on its summer takings. Food revenue is up 9.6% on the same period in 2019 and clothing and home are down just 2.6%, despite several months of Covid-induced closures.