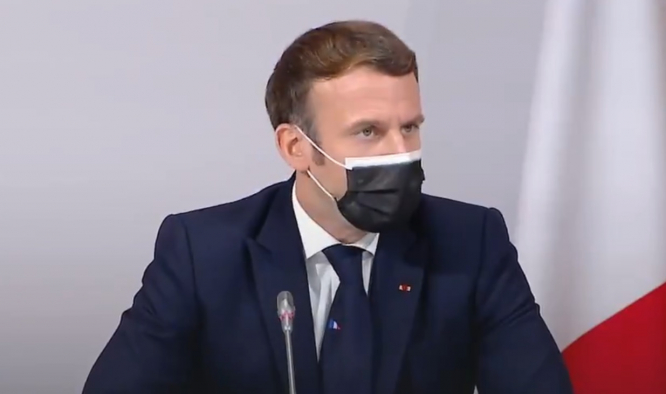 A referendum may be held in France to determine if the eco-friendly policies suggested by the Citizens’ Convention on climate will be adopted into law, President Macron has said - to criticism from campaigners.

The Citizens’ Convention on the climate was held in June this year. It proposed 150 laws and changes on ways to make France more eco-friendly.

President Macron used what he called his “joker” to reject one of the suggestions at the time, but then said that he would consider all of the remaining proposals.

Now, at a meeting with some of the original 150 members, he has said that the government will propose the changes in “one article”, and put the suggestions to a referendum vote if agreed by the Senate and the Assemblée nationale.

He reminded people that the proposals will have to - as with nearly all proposed legislation - first pass through parliament in the Assemblée nationale, and then the Senate, and that he as President could not simply push through any law unilaterally.

This means that the proposals might change before they are voted on, he said.

Use of a referendum to “introduce notions of biodiversity, environment, and fight against climate change” into article 1 of the Constitution is indeed one of the 149 proposals made by the convention.

If the referendum happens, it will be the first to take place in France since 2005. That vote was about the European Constitution, and the “no” side won.

Earlier this year on July 14, President Macron said that he wanted to include “the fight against global warming into the Constitution” as soon as possible, as it would be “a major step forward”, but he said he rejected the convention’s suggestion that the state should “put the environment ahead of our fundamental values”.

Yet, he said: “Putting these measures into the Constitution is an acknowledgement that there is a climate emergency. It’s essential...we will no doubt all agree in the end. But I am sure about one thing; that we will have respected our side of the deal.”

Mr Macron said that he was in favour of this to allow more households to access sustainable food sources. "We are going to do it", he said.

Mr Macron was less certain about the suggestion that all households be required to make eco-friendly renovations - a major issue for the convention.

He said: “We have not finished discussions on this. Making renovation mandatory means that we are making [financial] demands on all households.

“My worry is that if we make it the law, we will leave many households without a solution.”

The President’s announcement has been met with a mixed response.

MEP Pascal Canfin tweeted his approval that “the French people will be able to have their say via referendum” and include environmental protection laws into “article 1 of our Constitution”.

But environmental campaign groups WWF and Greenpeace have rejected Mr Macron’s announcement and said he did not go far enough.

Greenpeace France said his words were “a hollow intervention” and that he had “remained deaf” to the citizens’ arguments, “preferring to stick to his [current] position”.

Véronique Andrieux, director-general of WWF France, said: “The President of the Republic did a better job of explaining his reservations than in making any new announcements.”