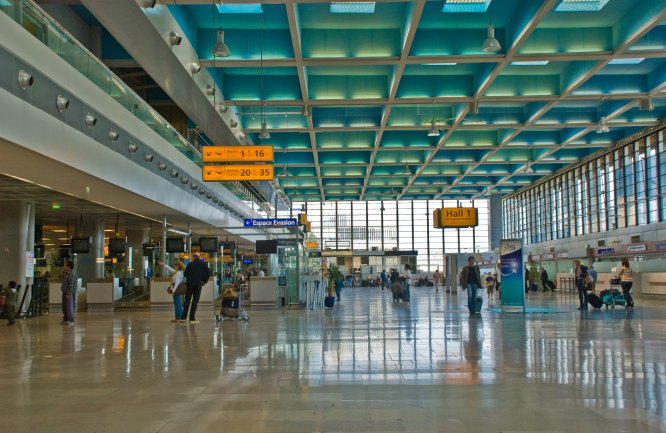 Marseille airport is now offering the tests
By Liv Rowland

Marseille Airport has become the first in France to offer new rapid antigen coronavirus tests which give results in around a quarter of an hour.

The Paris airports and Nice are also gearing up to offer the tests in the coming days.

As we report in November’s edition of The Connexion newspaper, out now, it is hoped that the new tests will boost confidence in the air industry, making it easier for people to travel to countries requiring a negative test, but also giving extra reassurance to destination countries that travellers do not have Covid-19.

This is because the tests can be taken immediately before travel, and it is widely recognised to be unlikely that passengers will catch the virus on a plane due to the efficient air filtration systems on board. They are also much more convenient than that standard PCR test which must be done in a laboratory and for which results are only available in around three days.

The air industry hopes wide adoption and recognition of the new tests could persuade countries such as the UK to remove quarantine requirements.

In Marseille passengers departing may already take one of the tests, which are being offered there free of charge.

Some passengers are reportedly taking advantage of the test, not because their destination country requires it, but to reassure themselves that they will not be passing the virus to relatives in countries they are visiting.

According to the regional health authority, which is organising the tests in Marseille, it may be legally complicated to require passengers to take a test, but it is another new “weapon” in the fight against transmission of Covid-19.

The new tests were only recently authorised in France but it is hoped they will become widely available from doctors, nurses and pharmacies.

This comes as two companies, from Singapore and Switzerland, are promoting a digital ‘Covid passport’ based on a phone app called AOK Pass which would show via a scan of a barcode that you have had a negative Covid test. All personal information on the person would be kept confidential.

The system is supported by International SOS, the world’s largest health and security services company, and the International Chamber of Commerce, a body which describes itself as ‘the voice of world business’. They hope the app will be taken up internationally and recognised by airports eveywhere.