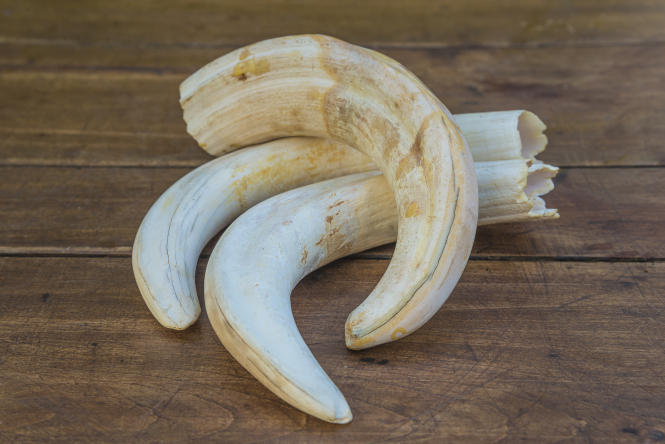 The defendants are set to be judged in a French court in Rennes today, in a case that dates back to 2015 Pic: Stsvirkun / Shutterstock

Nine alleged ivory traffickers are set to receive judgement in court in France today, as a trial of a case that dates back to September 2015 concludes in Rennes.

The case began on the RN10, at Dangé-Saint-Romain in Vienne. Customs officers in Poitiers conducted a routine vehicle check, with no idea that they would find 42.6kg of African elephant ivory, and €32,800 in cash.

The two men in the car pretended to be second-hand goods dealers, but authorities quickly realised that they were members of the infamous Irish trafficking group, the Rathkeale Rovers.

Later, in May 2016, customs officers seized 14 raw ivory tusks of African origin, and two tusks that did not have any documents justifying their legal origin, with a total weight of 212 kg.

Similarly, on November 15, 2016, two brothers of Anglo-Irish origin were intercepted by customs police in a B&B hotel in Creil, near Paris, with a 14.7 kg rhino horn that appeared to have no official document justifying its legal origin.

The B&B was close to the Chinese restaurant, Dragon de Saint-Maximin, which is managed by one of the case defendants, Ching Kit Ha.

Further investigation found that several auction houses in Cannes, Toulouse, and Le Puy had facilitated the export of elephant tusks to Vietnam, and had invoiced raw tusks to an address in the Asian country, despite the tusks not legally being permitted to leave the European Union.

Over the course of the investigation, 32 further raw ivory tusks and 11 worked tusks were seized. Some of them were found to be from young elephants, and dated back to the 1990s and early 2000s.

Now, nine defendants of Irish and English, Vietnamese and Chinese origin are today set to answer charges of importing, possessing, transporting and exporting elephant ivory and rhinoceros horn as part of an organised gang.

Three more men thought to be involved in the case are on the run, with an arrest warrant out for them.

Accused members include David Ta, a Franco-Vietnamese businessman specialising in exporting antiques and perfumes to Asia.

His lawyer, Me Martin Mechin, said: “He bought a certain number of batches [of ivory] and believed he was doing so legally. But he totally contests the allegation that he exported it.”

The human rights association Robin des Bois, which filed the case, estimates that the price of rhino horn is now €100,000 per kilo in Asia.

The association’s lawyer, Me Jean-Christophe Tymoczko, said: “In this case, France appears as one of the major countries for the transit of rhinoceros horns to destinations in European and Asian markets.”

The Rathkeale Rovers are named after the Irish village in Limerick, where the gang was originally based.

Now found all over Europe, they are regularly investigated and prosecuted for theft and trafficking of rhino horns, which they hide behind more innocuous work such as roofing.

Since 2010, a Europol operation named Oakleaf has led to the arrest of 31 members of the group, collectively responsible for the theft of 95 rhino horns.