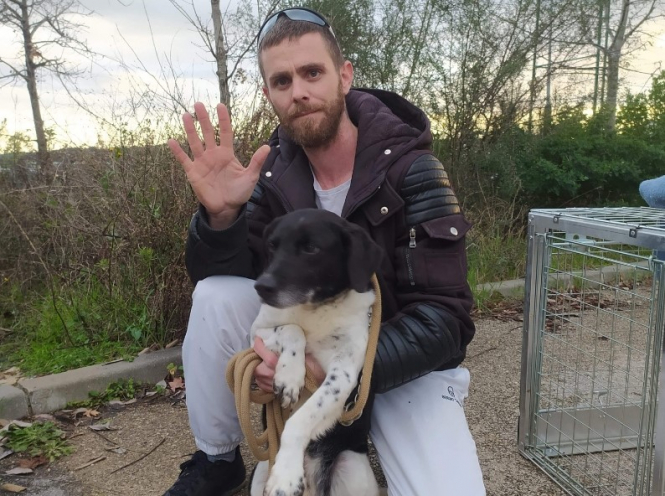 A dog named Flynn, who went missing over four years ago, will be reunited with his owner next week after an animal rescue association identified him through his electronic chip.

Flynn is a mixed spaniel who went missing in Antibes in the south of France in October 2016. His owner, Thibault Shein, was on holiday in Portugal at the time and the dog was staying with one of Mr Shein's friends.

Mr Shein tried to find Flynn again by posting on social media groups and making posters, but had no luck.

Now, over four years later, Flynn will finally be reunited with his owner after he was rescued on January 11.

Matthieu Delpeut, president of the animal rescue association ‘Extrême Sauvetage’, was the one who finally caught Flynn and identified him through his electronic chip.

“It is the first time I have heard of a story of a dog being found after four years. Finding a lost dog after so much time is very, very rare,” he told The Connexion.

Mr Shein is currently travelling but the pair will finally be reunited next week, Mr Delpeut said.

“He is really excited,” Mr Delpeut said of the owner.

Flynn was found in Valbonne, a town close to Antibes.

A man, identified as Charles in a video Mr Delpeut published on Facebook of the moment Flynn was rescued, had been feeding him for the past few months but said the dog was unapproachable. He was worried about him as he saw him trembling.

Charles contacted a local animal refuge called Refuge de l'Espoir à Mougins, who in turn reached out to Mr Delpeut to try to catch the dog.

Mr Delpeut said that the day before he managed to catch Flynn he realised that he closely resembled a dog who had gone missing in 2016.

After using drones and a cage trap to recapture the dog, he was able to identify him as Flynn.

“The dog had survived in difficult conditions. He had to dig through bins to find food,” Mr Delpeut said.

“Luckily electronic tagging is obligatory. It is very important for identifying animals and it is thanks to this that we could find his owner and to be certain that the dog is indeed Flynn.”