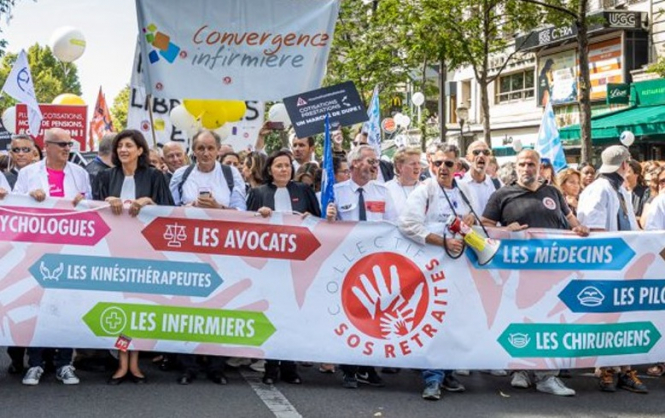 More than 16 professions across the healthcare, law, aviation and finance industries are united under the SOS Retraites banner
By Connexion journalist

The strike is set to last until Monday January 6 - and longer in some cases - and has been launched by collective “SOS Retraites”. It includes 16 professions across the health, airline, finance and legal industries.

The main grievance is that these professions say that they already have long-standing, self-funding pension plans in place. They argue that the new system would disrupt these plans, and cost staff more.

In a statement, the group said it would call on nurses to refuse to take on any new patients or work from Friday January 3, and for physiotherapists to stop work the same day. It called on doctors to close their surgeries, and for financial workers to organise a “day of disarray”, on Monday January 6.

Laywers are set to strike the week of January 6, Air France pilots will strike on January 6-7, air traffic control from January 6-9, and civil aviation from January 13.

SOS Retraites said: “[Our] professions have paid for independent systems for decades, without ever having cost the State a thing. These professions cannot allow the proposals by [former pensions head] Jean-Paul Delevoye, which would aim to get rid of these systems.”

The group also accused the government of “denial of the existence of these independent systems”, and asked to “be excluded from this reform”. It also called for the State to take “responsibility” for its role in “spreading confusion over these special systems”.

The new strike call comes after airline union SNPL previously announced its own strike day on January 3. Yet, this was eventually cancelled due to what the union called “significant advances” in its negotiations with the government, including “precise elements confirming these advances”.