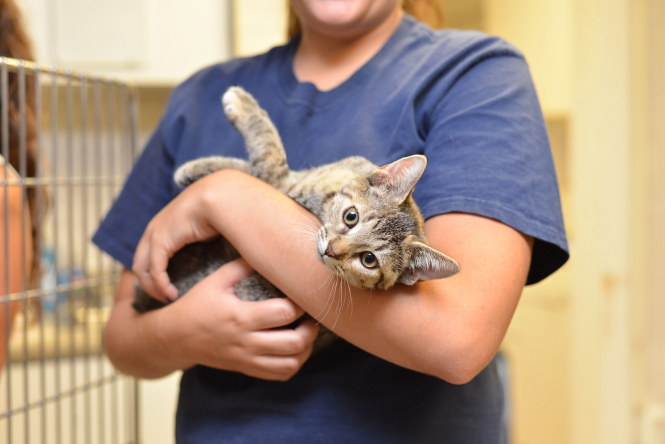 The French Senate is to debate today (September 30) a new animal mistreatment law that includes clauses that aim to end the use of wild animals in circuses and aquarium shows, and reduce animal abandonment, which reached a record high this summer.

The law passed after discussions with MPs in the Assemblée Nationale eight months ago, but discussions among senators are now likely to bring amendments for some key points.

This summer, France’s animal protection group la Société Protectrice des Animaux reported that it picked up almost 17,000 abandoned animals between May and August this year – a rise of 82% since 2019.

The new law aims to tackle this issue, and suggests that people who want to buy a pet in France must sign a certificate of understanding and commitment before they can take the animal home.

The certificate will specify how to care for the animal, and will include reminders about regular feeding, vaccinations, the cost of healthcare, and more.

Some members of the Senate also want to add a seven-day “reflection period” between an owner buying an animal and finalising the purchase.

Anne Chaine-Larché, Senator for Seine et Marne, told Le Figaro: “The waiting period is necessary to make sure people who want to buy an animal take the act seriously and to reduce impulse buys.”

However, senators are in favour of keeping the shops open. “Their closure will strengthen sales of animals online, a market that is not under control,” said Ms Chaine-Larché.

In another step to reduce abandonment the law suggests that all cats and dogs be given identification microchips at birth, a plan senators want to extend to cats and dogs of all ages.

Currently half of dogs in France are microchipped, along with just 10% of cats, which may explain why there are an estimated 10 million stray cats in France.

Senators and MPs agree that sterilisation is necessary to manage the stray cat population, but disagree on who should foot the estimated €1.5-€2billion bill for doing so.

MPs say the costs should fall to the mayors’ offices, and senators say the wider government should also pay a share.

Phasing out wild animals in circus and aquarium shows

MPs and senators also disagree on plans to phase out use of wild animals in circuses, and how to find new homes for the 29 dolphins and four whales currently being used in shows in aquariums in France.

This plan has been approved by MPs, but Ms Chaine-Larché said: “Circuses are part of French heritage. [The new law] condemns circuses to disappear. We need to reflect on how to change shows so that they are more educational.”

In aquariums, MPs voted in favour of banning marine mammals currently used from reproducing, which would mean the shows would naturally stop as no more animals would be available.

Senators disagree with this idea, on the grounds that the dolphins currently used “are part of a European programme researching these mammals, which are threatened with extinction”, said Ms Chaine-Larché.

These differences of opinion mean it is likely that after the Senate amends the law, it will go to a mixed commission of MPs and senators for a second reading before being passed.

Why are there so many abandonments in France?

A 2019 campaign by animal protection association la Fondation 30 Millions d’Amis highlighted that more than 100,000 dogs and cats are abandoned in France each year, the highest level in Europe.

That level is considerably higher now; the SPA said in July that abandonment has worsened in the past 18 months because of Covid-19

The worst levels of abandonment take place over the summer, when people go on holiday and are unable or unwilling to find someone to take care of their pet.

Reha Hutin, president of la Fondation 30 Millions d’Amis, told The Connexion: “The hard truth is that 100,000 animals in France are dumped each year because people are unwilling to spend some time finding someone to look after their pet.

What other action has been taken to fight this so far?

The government also said that a new awareness campaign would be launched, including new billboards displayed in motorway service stations, as it is estimated that 60% of animal abandonments every year happen in these sites.

These measures are in addition to the safeguards in the new bill being discussed by the Senate.