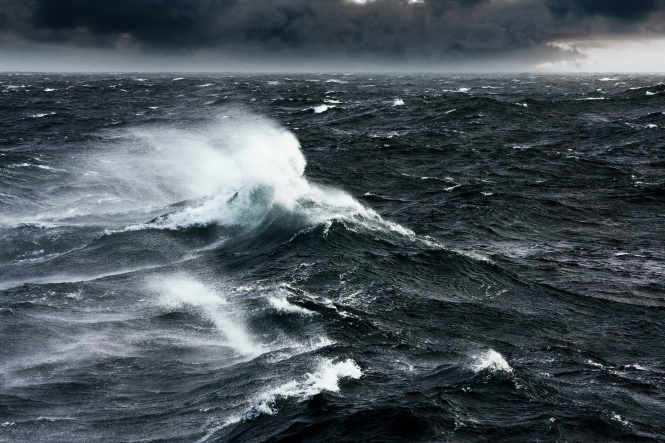 This week’s storms over the south of France have created strong currents and powerful waves Pic: Oskari Porkka / Shutterstock

Nine people have drowned in the Mediterranean in separate incidents after venturing into the sea against the advice of the authorities as storms raged across the south of France.

Five of the deaths were in the Hérault.

By 16:00 yesterday afternoon, Hérault and seven other departments – Gard, Ardèche, Isère, Drôme, Savoie, Haute-Savoie and Ain – were under orange weather warnings for storms, heavy rain and flooding, with Gard and Hérault having been on this level of alert since the morning.

However, many people ventured into the sea despite advice to the contrary including instructions from Hérault's fire and rescue service urging people to avoid swimming in the sea, where the waves were reaching 1.5-2m.

The choppy waters were caused by the low-pressure system at the origin of the storms, whose strong winds created friction with the surface of the water, forming swells that gathered momentum with each successive gust.

“I cannot understand how these people could have gone into the water while the sea was so stormy,” said Mayor of Vias (Hérault) Jordan Dartier. “This is a dramatic day for our region.

“People have decided to go swimming, but what they don’t see are the huge underwater currents which will simultaneously drag them down and out to sea,” Aurélien Manenc, lieutenant-colonel of Hérault’s fire and rescue service, told TF1.

“The water is warm, they believe that it will be fun, but they are quickly pulled out to sea and under the water and they exhaust themselves while trying to get back. This is what causes them to drown or to begin to drown.”

Now that the summer holidays are over, beaches are no longer watched over by lifeguards.

"Bathing in the sea is no longer supervised, but it is also not prohibited," said Grégory Coutarel, technical advisor to the aquatic lifeguards of Bouches-du-Rhône on BFMTV. "This is the problem: we do not have lifeguards on beaches to watch over people and give safety advice."

Five people aged between 64 and 73 died in Hérault after coming into difficulties in the sea off beaches in Grande-Motte, Agde, Marseillan, Sérignan and Vias. Seven people were also rescued.

The first victim was a 70-year-old woman who was rescued at the start of the afternoon but who could not be resuscitated. She was followed by a 72-year-old man from Toulouse who died on Sérignan beach at the end of the afternoon.

In Grande-Motte, a man died after passing out in the water.

In Aude, two people drowned in Leucate, while in Bouches-du-Rhône the victims included a 58-year-old man in Cassis and a 71-year-old man in La Ciotat, who was pulled out of the water by a 13-year-old boy but could not be revived.

Some stormy weather is predicted in pockets of southern France this afternoon (September 16), and 31 departments in south-east and eastern France – as well as Pyrénées-Atlantiques in the southwest – are under yellow warnings for storms, heavy rain and flooding.

This means that people should be “aware” of the weather conditions, and perhaps avoid carrying out outdoor activities that could be made more dangerous by the storm.

The French government has announced that it will next week declare a state of natural disaster related to this week’s storms, a measure which is important for many insurance claims.