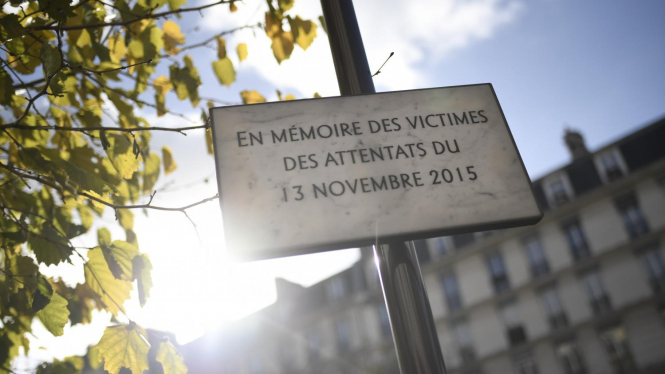 The garden will be a place of remembrance and education, and has been created with victim associations
By Connexion journalist

Today (Wednesday November 13) marks four years to the day since the attack. Yesterday, the council of Paris voted to create the garden, after four years of consultations between the Paris Mairie and several victim associations.

The garden is intended as not only a place of remembrance, but also of education, with schools to be encouraged to organise trips to the site once it is open.

“The idea is...that school trips might happen there, and that there will be words in the space that explain the ravages of terrorism and how it harms society. That is also why it is very important that it is a garden, as it is a place to which you can easily take children of all ages.”

No location has yet been decided for the garden, but the Mairie plans to propose a series of possible site options to victim associations, with a final decision to be made shortly.

Current possible options include a location near to Place du Colonel-Fabien, to the north-east of the city; near to the Hôtel de Ville; or close to the esplanade Habib-Bourguiba, in the 7th arrondissement.

Mr Desnouveaux said: “The Mairie has made us several offers...we need two associations and their members to find a consensus, but if that does not happen, the Mairie has told us that they will find another site."

But some victim association groups have said that while the public memorials and remembrance messages are legitimate, not enough is actually being done to help victims in real, financial terms.

In a statement sent to Connexion, lawyers representing victims, said: "Behind legitimate commemorations and the duty of remembrance, are real personal difficulties for those who have been faced with the need to rebuild over the past four years...

"For them, the aftermath of the attacks was marred by medical visits, the difficulty of going back into professional life, often financial difficulties, and social problems...

"Those of us who work with the victims daily cannot ignore the gap between well-meaning words, and the difficult act of giving victims [and their families] the right to proper compensation for their troubles.

"Lawyers for victims know all-too-well that [victim compensation fund] le Fond de Garantie can be a real opponent against which we need to pull out all the stops to get fair compensation...against pre-formatted levels...devoid of compassion...that would give lives a monetary value, without any other criteria for humanity taken into consideration."

The November 2015 Paris attacks were a series of coordinated terrorist attacks in the capital city, including at the Bataclan music venue; outside the Stade de France stadium; and along streets packed with cafés and restaurants.

The attacks killed 130 people, including 90 from the Bataclan theatre; and injured more than 400. A survivor who committed suicide two years later has been posthumously recognised as the 131st victim of the attacks.

The attacks came 10 months after the city had already been on high terrorist alert following the deadly attacks on the Charlie Hebdo offices, and on a Jewish supermarket, in which 17 people were killed.