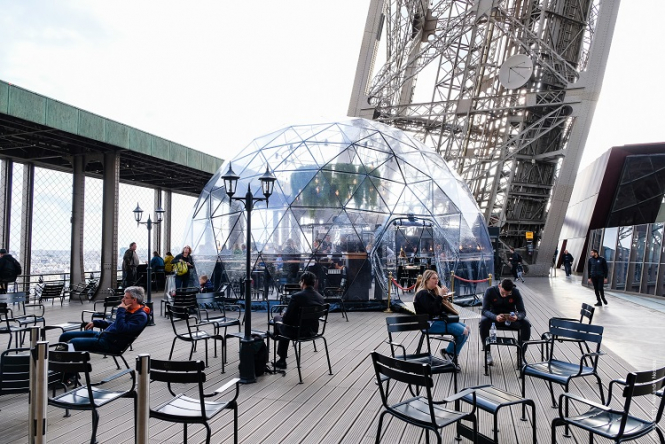 The Winerie Parisienne has set up barrels, vats and a wine press next to the transparent dome, named the Parisian Bubble, where visitors can enjoy a drink or a meal.

Tasting sessions of the organic wines from its vineyards, situated 20km away near Versailles, are also available.

The winery launched in 2015 and aims to show that good wine can be made in Paris while respecting the environment and traditional French savoir-faire. The vineyard will grow to 26 hectares this year and offers different wines, from white and rosé grisant to red.

The founders hope that Paris will become a major wine-growing  hub again.

Winery spokeswoman Elise Anastasio said: “The first harvest took place in 2019 and it is very symbolic to be at the Eiffel Tower to highlight the wine of Paris.”

The winery will be in place until April.