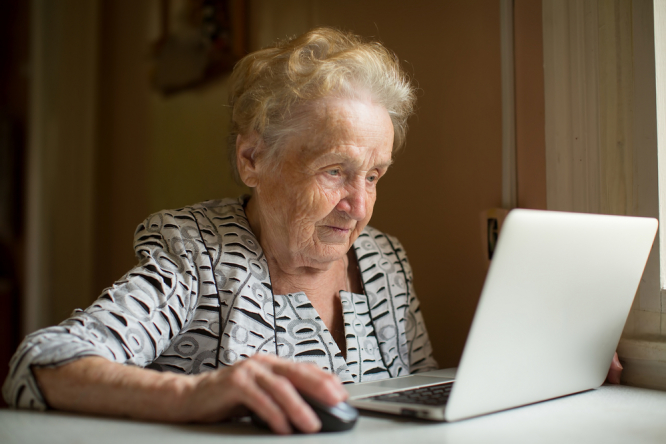 The oldest generations, who are likely to be less comfortable with technology, were among the first to be vaccinated in France Pic: De Visu / Shutterstock

Some people who were among the first vaccinated in France have found they are unable to access the digital health pass needed for access to a wide range of public spaces as they cannot get a QR code proving their vaccine status.

France’s vaccine rollout began in January 2021, before QR codes were being provided as part of vaccine certificates.

Among those who were first to be vaccinated were the eldest generations in France, who may be less at ease using websites and QR codes, especially when they are not working as they should.

The government said that, as of May 27, all vaccinated people should be able to obtain a vaccination certificate with a QR code via the Assurance maladie.

Methods for doing this include downloading a certificate from the Assurance maladie website, returning to the vaccine site for a paper certificate with a QR code or asking any health professional who should be able to access and print the certificate on demand.

This has not been the case for some people. Sharing her experience on Twitter, Nicolle, vaccinated on April 26, said she had received a letter from the Assurance maladie in July, with no QR code certificate attached.

Calling the health provider did not help resolve the issue, and when she logged onto the site she found she was listed as unvaccinated.

She was also unable to get her certificate at the pharmacy.

Marie, who was trying to download a QR code for her vaccinated mother, had similar issues. When she logged onto the Assurance maladie website at the end of May, her mother was listed as unvaccinated.

The pharmacy was unable to download her mother’s certificate and asked her to return to the vaccine centre.

Marie told FranceInfo: “They were not happy to see her at the vaccine centre, as they had been for her two injections. They told her off for coming there in person. We had to contact the doctor who manages the centre to finally be able to get her QR code at the pharmacy.”

The process took over a month.

Jean-Paul, 77, has been fully vaccinated since February 15. He said he didn’t understand why nobody could “send the QR code to older vaccinated people by post”.

He does have a paper certificate, proving his vaccine status. “If someone wants to check whether I’ve had the vaccine I can always show them that, but it’s not guaranteed that will be enough,” he said.

The Assurance maladie said they were dealing with such difficulties on a case-by-case basis “as soon as health service users signal there is a problem”.