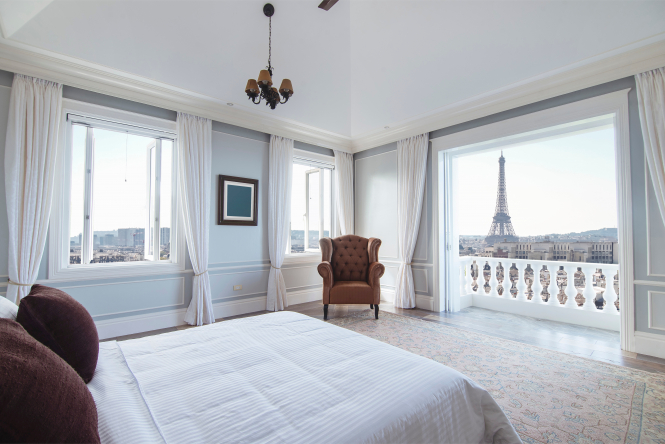 A ‘two tier’ property market is emerging, one estate agent said, with some popular properties selling within a day, and others sitting on the market for a year or more Pic: MDV Edwards / Shutterstock

Property prices fell in Paris last month, with one expert suggesting that the attractiveness of the capital has waned as priorities for buyers have changed during the pandemic.

In its latest market barometer, property website Meilleursagents said that the average price of property in Paris had stopped increasing and even dropped by 1% last month (November 2021).

Barbara Castillo Rico, head of scientific research at Meilleursagents commented: “Paris no longer appeals to buyers looking for space, greenery and purchasing power, leading to a slowdown in prices of around 3.4% in just 14 months.”

Property in Paris is still expensive. However, the data suggests that prices are overall reasonably stable. As of December 2021, prices varied from €9,455 per square metre in the 19th arrondissement, to as much as €15,305 in the 6th.

Just three neighbourhoods, in the 13th, 19th, and 20th arrondissements, have prices lower than €10,000 per square metre.

Property agents have said that buyers are more demanding and taking more time to discuss prices, especially for properties that need work. One three-bedroom property, marketed at €550,000 in the 13th arrondissement, received offers of €500,000 – 10% less than the asking price.

Sébastien Kuperfis, director of estate agency Junot, said that “a two-tier market” is establishing itself.

He said: “On one hand, bright apartments in good locations with a balcony or a terrace can sell in one day for the asking price, while others can sit on the market for a year.”

He said that for higher-end apartments, there has been no drop in price, as “buyers are ready to invest large sums for well-located flats with impeccable facilities, of which there are very few in Paris”.

Reasons for the change: Short-term rentals, energy, and city flight

There are fewer apartments being used for short-term, as the pandemic affected tourism and stricter rules on platforms such as Airbnb mean investors are no longer as interested.

This influx of smaller apartments has lowered demand and affected prices.

Similarly, fears over energy certificates are causing uncertainty in the market.

Affected property owners who wish to keep their properties on the market will need to make the adequate changes by these dates.

Séverine Amate, spokesperson for SeLoger, said: “This influx of energy-guzzling properties will thus have an impact on prices by penalising the lowest-rated homes.”

Loïc Madeline, deputy managing director of Sogeprom Ile-de-France, said: "There are very few new developments in Paris, but you can expect to pay €13,000 per square metre outside the main city centres, and, in many cases, they are marketed by word of mouth only.”

Parisians are also leaving the capital in ever-greater numbers, reducing overall demand, with a consequent drop in prices.

The shift in trends in Paris comes as property prices elsewhere are rising, especially on the Atlantic coast.

A recent study by UK credit website Money.co.uk found that France is now in the Top 10 for global rising property prices among OECD countries, at €8,311 per square metre on average in 2020.

Non new-build houses outside of Paris are among the properties to have seen the biggest increase in price, largely due to the ‘longevity of remote working’ since the start of the health crisis.