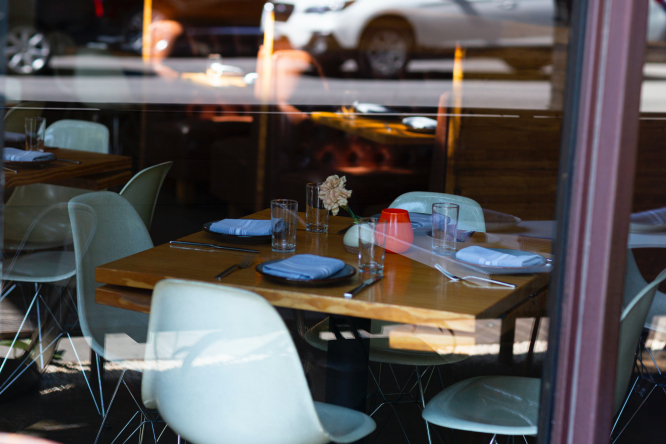 Unions have called on hospitality workers to gather in Paris at 13:00 today (December 14) to protest the continued closure of their businesses due to the Covid-19 health crisis.

While confinement rules will end tomorrow – to be replaced with curfew measures – restaurants, cafés and bars are to remain closed until January 20. They will only reopen on this date if the health situation in France is sufficiently improved.

Fabien Moragon, vice-president of hotel union l‘Umih, spoke to news source BFMTV about today’s protest. He said: “We hope to make this crazy government understand that the sector is on the verge of collapse, and we are closer to having one foot in the grave than being able to reopen.”

Nearly half of restaurants at risk

Estimates from Gira Conseil, a foodservice research company, forecast that at almost half of restaurants in France may close in the coming months. It estimates 90,000 establishments out of an estimated 198,000 are at risk.

Mr Moragon said that restaurants have only avoided closure so far thanks to government loans. Once these are removed, he said, “a massacre will happen very suddenly”.

Business forced to close during the pandemic are eligible for solidarity funds from the State of up to €10,000 per month or 20% of their turnover based on the same period in 2019.

The State has also agreed to pay for 10 days of paid holiday to be taken in January for eligible companies, and employees who have had their hours reduced due to the crisis can get chômage partiel unemployment benefits in compensation.

Chef says aid is not enough

But Michelin-starred chef Jean-François Piège told BFMTV this morning that government support for the hospitality sector has not been sufficient. He said: “The state needs to give compensation that is at the same level as losses.

“[My business] hasn’t received chômage partiel since September. I haven’t had any money from the state, and it is December 14 today. With the delay, I don’t know if I can pay salaries at the end of the month. The state needs to understand how urgent this is.”

Complaints from others in the hospitality industry include accusations of preferential treatment for shops, which have been allowed to reopen in December even as the health crisis continues, and the lack of certainty venues are being given about when they can reopen.

Julien Courtois is the manager of an event space, and has lost 80% of his income in the past year. He told BFMTV: “We don’t have a date. We have to tell people who want to come here, we don’t know when they can.

"Consequently, nobody is making reservations any more. They don’t want to transfer 50% of their deposit for an event that will probably be cancelled. At the moment, uncertainty is at the maximum.”

16 hours ago
5
Coronavirus: Daily updates on the situation in France