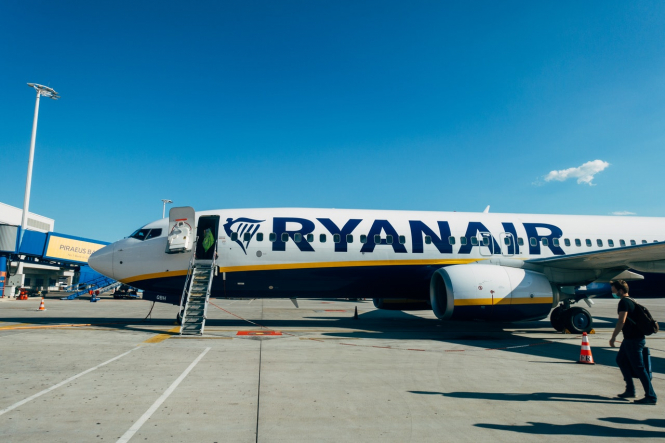 The new base will be Ryanair's fourth in France, and its first close to Paris
By Hannah Thompson

Low-cost airline Ryanair has confirmed it has opened a new €165million base at Beauvais airport - 70 km from Paris - today (December 3), and is offering flights at €9.99 to celebrate.

The new base will be the airline’s fourth in France.

Beauvais has been a destination for the airline for some years but this is a change to make it a base, meaning dedicated staff and planes being kept there.
Despite being named “Paris” Beauvais, the airport is in the Oise, and around 70km directly from central Paris, or 90km by road. It takes around one hour and 15 minutes to reach Paris by shuttle bus, and a further 10-15 minutes to reach the centre of the city by public transport.

There will be two aircraft based at Beauvais, Ryanair said, and the change represents an investment of US $200million (€165million).

There will initially be 60 new staff members at the airport, under French contracts, and Ryanair has said that the new base will create around 2,300 jobs directly and indirectly.

At full capacity, the base will operate 105 flights per week to 32 destinations in 13 European countries, plus twice-weekly flights on the new routes of Paphos in Greece and Manchester in the UK.

It was opened today by Eddie Wilson, Ryanair director-general.

Jason McGuinness, Ryanair director of commercial flights, said: “We are delighted to announce a $200million investment at Ryanair’s fourth French base at Paris Beauvais Airport."

In Ryanair's typical acidic style, the statement continued: “This development will create over 2,300 direct and indirect jobs at a time when other airlines, including Air France, retrench and reduce capacity and investment, despite receiving €7bn in discriminatory state aid.”

The statement was a reference to larger carriers which are reducing capacity and reducing staff due to the pandemic, despite being the recipients of state support.

The new base has been seen as welcome news in an industry that has been hit hard by the Covid-19 pandemic. Ryanair stopped almost all operations in April and May, operating a skeleton service of just 20 routes.

Read more: Coronavirus: Ryanair to close Toulouse base for winter

It began operations again in June, increasing flights more from July, with new health protocols in place. It has reported that it has recovered to 50% of its 2019 levels.

On November 17, Ryanair Group CEO Michael O’Leary said: “There’s only one way out of this crisis. Volumes will restore reasonably quickly, at least on short-haul. I don’t agree with this rubbish that it will take until 2024-2025 to get back to 2019 levels.”

The company has also said it is planning to order more Boeing 737 MAX planes soon, after the model was given the all-clear to fly following investigations into its safety that had grounded it for 20 months.

Each plane costs US $125million (€104million) at catalogue price, but the actual price paid is maybe as little as half that, and could even be less for strategic partners such as Ryanair, newswire Reuters has suggested.