Shopping centres, hospitals: What are rules for French health pass? 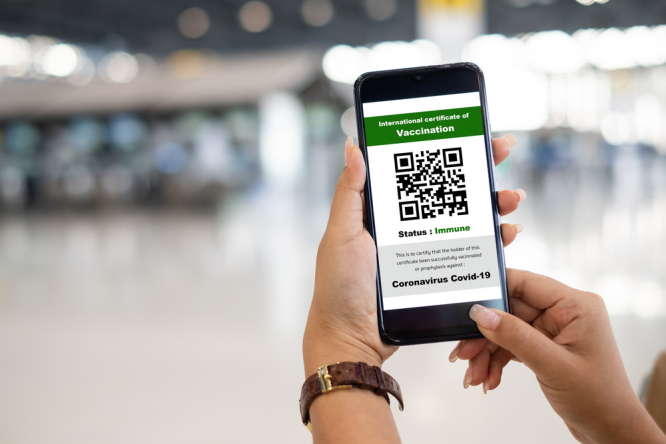 The French constitutional court has approved the use of the health pass in some shopping centres and in hospitals, with conditions. We explain the new rules and how the sectors have reacted to the decisions.

The health pass will be required for access to some commercial centres and large shops, with the final decision left up to local prefects.

Details of the measures, validated by the Conseil constitutionnel, are:

The government had previously said that it would require health passes to be shown for access to all commercial centres with a surface area of more than 20,000m2. This limit is the same as that established during lockdown, when these larger centres were required to close.

There are 400 such commercial centres in France.

But now, prefects will have the authority to make the final decision on which shopping centres and shops will require a health pass for entry, with the larger ones still likely to require it.

The court stated: "The Conseil notes that prefects will be required to act proportionally”, meaning that prefects must not unreasonably limit access, or impose rules where they are unnecessary.

In response to the ruling, national shopping centre council, Le Conseil national des centres commerciaux (CNCC), has condemned the decision as an “ineffective, unenforceable and unfair” rule that is “discriminatory as it does not apply to all commercial centres”.

Jacques Creyssel, head of la Fédération du Commerce et de la Distribution (FCD), said: “The rentrée (back to school) looks like it will be difficult to manage. The shops affected will need compensation.”

Yohann Petiot, director of the Alliance du Commerce, said that “there are still many points to be clarified”.

“We will need to wait for the law, the decrees, and finally the prefectural decrees that will specify which shopping centres and department stores are concerned. Not easy,” he said.

The CNCC added: “The measure will be counterproductive in the largest commercial centres, as they are themselves vaccination centres, and are a way of democratising and opening up vaccination.”

Workers in commercial centres will also be required to show a health pass when arriving at work, which some have criticised, as not all workers have yet had a chance to get the necessary two doses.

The government has already said that it will allow certain flexibility on that point until everyone has had a chance to have their injections.

Mr Creyssel at the FCD, told BMFTV Business: “Not all workers are vaccinated yet as many of them are young, and they haven’t been able to get a jab until recently. We have got a stay [on the rule] until September 1. So they must get vaccinated immediately, and we will encourage them to do so.”

The measures, validated by le Conseil constitutionnel, are as follows:

The ruling stated: “We are keeping the requirement to present a ‘health pass’ solely for persons accompanying or visiting people admitted to these services and establishments, as well as for those admitted for scheduled care.

“This measure does not apply in case of emergency, and does not, therefore, have the effect of limiting access to care."

The measure has prompted controversy, with some healthcare workers fearing that it will limit access to care in practice.

Head of infectious diseases at the Saint-Antoine (AP-HP) hospital in Paris, Karine Lacombe, said that the rules were a “real problem” and threatened the principle of keeping care “equal for all”.

She told France Inter: “We, healthcare workers, are opposed to access to care being conditional to having a health pass, whether it’s for an emergency or not.”

Spokesperson for nursing union le Syndicat national des professionnels infirmiers, Thierry Amouroux, told FranceInfo that the rules mean “there is a risk of a loss of opportunity [to get care], delays in diagnosis or treatment, by blocking scheduled patients who are in the process of getting vaccinated.”

Dr Xavier Mariette, head of immuno-rheumatology at the Kremlin-Bicêtre hospital, warned that patients in hospital care are often those who are not vaccinated.

He said: “In hospital, we take care of underprivileged patients who are the furthest away from vaccination. These patients, who often have chronic illnesses, have often not had access to vaccination.”

Clara, a hospital pharmacist, said that she was in favour of “everyone who comes into the hospital being vaccinated, or showing a negative test”, while Patricia, a nurse, said that she was not against the rules if it meant “we can limit contamination risks”.

Other changes it ordered included no automatic suspension or short-term contract change for workers who do not show a pass when required, and no mandatory self-isolation for people who test positive for Covid.