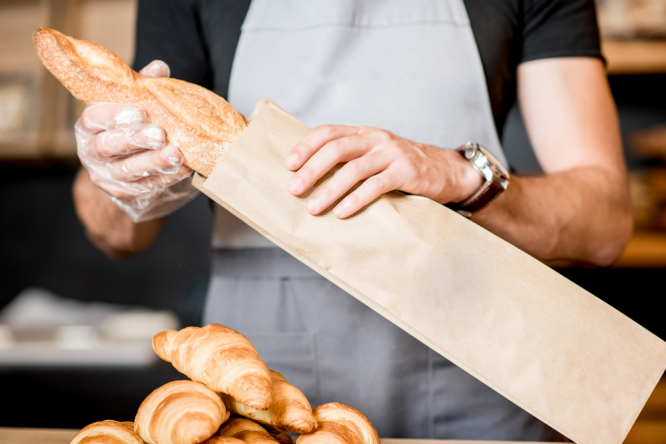 Bakers in France are once again fighting for their right to sell bread seven days a week, which has been outlawed since 1919.

In the latest boulangerie battle, bakery union la Fédération des entreprises de boulangerie (FEB) is fighting in court against laws that require bread sellers to take a break one day per week.

All bread sellers, including traditional boulangeries, artisanal bakeries, and even supermarket bread aisles must comply, unless they have been granted an exemption from local authorities. The rules date back as far as 1919, with updated decrees maintaining the law in 1994 and 2000.

But bakers have long fought against the rules, with the FEB the most recent group to mount an opposition.

Magali Filhue, general delegate of the FEB - whose members include the brands Paul, Feuillette, and La Mie Câline, plus several specialist bread manufacturers - told BFMTV that the current laws were “obsolete”

She said: “Let us give entrepreneurs the freedom to do business.

“Baking is a dynamic industry in which entrepreneurialism is developing. We must give it the means to evolve and adapt to client demands. Let us take the example of home delivery; a while ago, bakeries hardly did it. That has changed with the health crisis.”

Even before the pandemic, some bakers were fighting to change the rules; one boulangerie owner in Aube was fined €3,000 in March 2018, after he opened seven days a week the summer before.

The same year, two bakers from Calvados (Normandy) were summoned before their local courts, accused of illegally selling bread through their bakery seven days per week.

But not all bakery unions agree.

CNBPF president Dominique Anract said: “The artisan who makes bread does not have the same resources as a shop that just defrosts.”

Mr Anract said he did not want artisanal bakeries to lose business to supermarkets in the event that they were permitted to open the extra day, because the smaller businesses would not be able to do the same, even if the practice was allowed.

He said: “Anyway, working seven days a week makes working conditions more difficult. We have less time to do accounts, or to spend time with family. We put brakes on young people who would like to open their own bakeries.

“Every year, around 1,000 bakeries close and 1,200 open, but the ones that are closing are usually in villages, and those opening are usually chains in bigger towns. We are weakening artisanal bakeries [by demanding uninterrupted opening].”

Currently, around 30 departments in France are calling for an end to the ban on seven-day sales.

Around a dozen local court decisions are expected in the coming months.

20 hours ago
4
Map: in which French departments are Covid cases rising?

12 hours ago
5
Which supermarkets in France have the most offers, deals and promos?