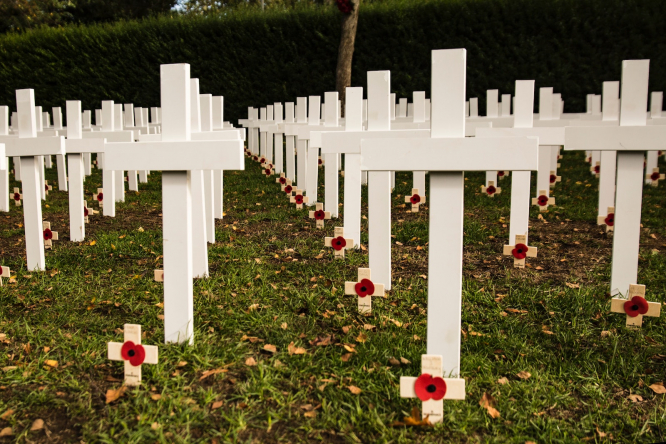 Son of Eugène Pinte, a Resistance leader nicknamed Commandant Athos, Marcel Pinte will have his name inscribed on the war memorial in Aixe-sur-Vienne this Remembrance Day
By Connexion journalist

A boy aged just six who is thought to be France’s youngest Resistance fighter is to have his name inscribed on his town’s war memorial this Remembrance Day.

Marcel Pinte was one of the sons of Eugène Pinte, a Resistance leader nicknamed Commandant Athos, in Aixe-sur-Vienne, near Limoges.

He was so keen that one of the Resistance men had to remind Eugène to tell him to stop going around singing Resistance songs he had learnt, said Alexandre Brémaud, a descendant of Eugène who has coordinated memorial efforts for Marcel.

Eugène’s farmhouse was a centre for the Resistance in the area, receiving radio messages from London.

He used one of his fields as a landing point for packages dropped by the Allies by parachute.

The boy was well-known to maquis fighters and took packages and messages to them.

On August 17 and 18, 1944, Eugène led Resistance fighters in a two-day battle against Nazi forces as part of efforts to liberate the Limoges area.

Marcel died the following day when a Sten sub-machine gun went off accidentally as Resistance fighters collected a British drop of weapons. In the next and final drop, the British included black cloths in a sign of mourning.

He was buried on August 21, just before the liberation of Limoges, with the honours of a Resistance fighter.

After the Liberation, he was posthumously awarded the rank of sergeant in the Forces Françaises de l’Intérieur, the name for the Resistance in the later stages of the war.

In 2018, he was recognised formally as having died for France. His details are in the government Mémoire des Hommes online database.

How France will celebrate Armistice Day this year