Swathes of France placed on orange alert for storms this weekend 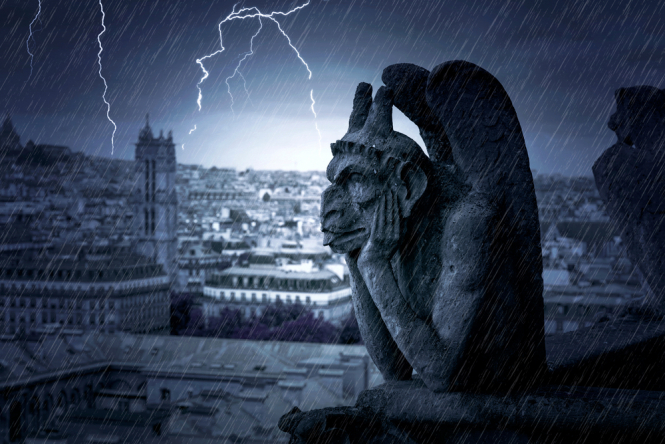 42 departments have been placed on orange alert for storms for today and Sunday (June 20), meaning people there should “be very vigilant”.

“Sudden heavy rainfall is again expected under these thunderstorms, which will spread to the Paris Basin and the Hauts-de-France by the end of the day.

The thunderstorms will reach the west coast of France this morning (June 19), before moving inland during the day.

It comes after a week in which violent storms hit southwest France, causing damage including falling trees and power cuts.

Before the storms hit today there will be a wave of warm air crossing the country on Saturday. Temperatures of around 32 to 35 C are expected in the east in the Rhône-Alpes region and the Alsace area.

It will be milder on France’s west coast, with temperatures hovering below 25C.

On Sunday, the situation will be calmer on the Atlantic coast, with a few showers and the possibility of milder thunderstorms between the Pyrenees and the Loire Valley.

The eastern half of the country will, though, experience a very unstable day with frequent violent storms, Météo-France reports.

“The south wind will be very strong and gusts could reach 90km/h in the Rhône valley and in the Alps.”

The start of next week will see cooler-than-average temperatures.