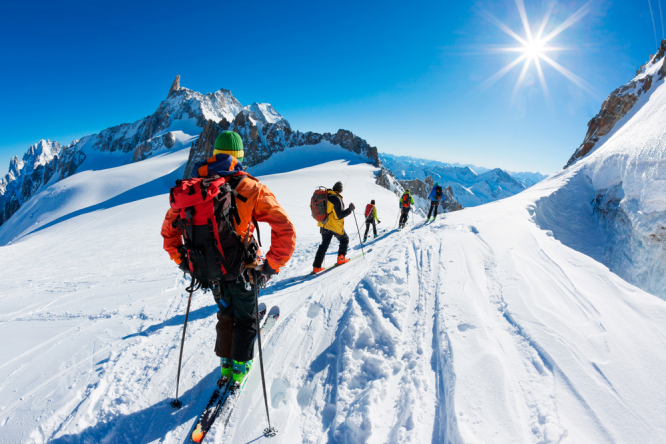 Flights from the UK to France's ski destinations are proving popular this year after last year's season was effectively cancelled due to the coronavirus pandemic Pic: Roberto Caucino / Shutterstock

Low-cost airline easyJet has reported a steep rise since the end of September in the number of flight bookings from the UK to popular French ski destinations, due to a loosening of UK Covid rules.

The UK government has also stated that from the end of October, travellers who return to the UK will only need to take a rapid antigen (lateral flow) Covid test within two days of returning, a cheaper option than the PCR tests that are currently required.

A surge in flights from the UK to popular ski destinations followed the announcements.

The main destination is Geneva Airport, which has access to France and Switzerland, but Grenoble and Lyon in France are also proving popular.

The French ski season was heavily disrupted last year due to the Covid pandemic and strict rules in place over the winter months.

Ski resort operator Compagnie des Alpes announced last month that it would run a ski train from London to 12 destinations in France this winter season.

It will run every weekend during the winter season, leaving London on a Friday evening and travelling directly to Bourg-Saint-Maurice and Moûtiers, arriving on a Saturday morning.

Eurostar had run an annual ski train service, but it was cancelled in the 2020/21 season due to reduced demand and travel restrictions during the pandemic.