US advises against travel to Germany: will this expand to France? 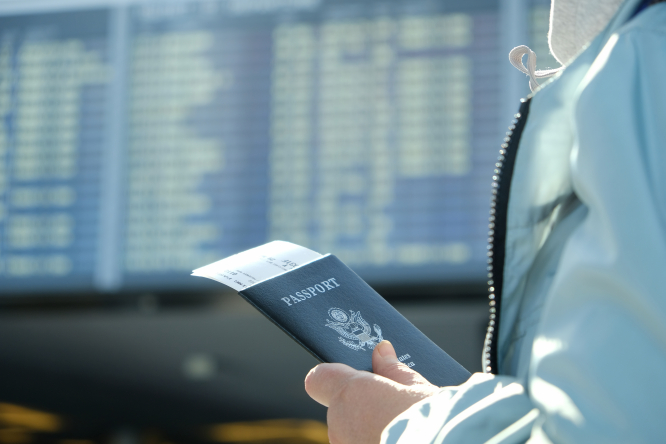 Germany and Denmark have joined 74 other countries on the US’ level 4 ‘do not travel’ alert level Pic: Fotinia / Shutterstock

The US is now advising its citizens against travelling to Germany and Denmark, as a surge in Covid cases in these countries sees them upgraded to alert level 4.

A level 4 health notice means that a country is reporting more than 500 new cases per 100,000 people over the last 28 days. These destinations are deemed to present a “very high” Covid risk and the official advice is “do not travel” to them.

Hungary, Guernsey, Iceland and the Czech Republic had already been placed under this alert level last week, and there are currently 76 countries sitting in the level 4 category.

American citizens are not banned from visiting a country under a level 4 travel advisory notice, but are urged to avoid it, and to make sure that they are fully vaccinated if they must travel.

This does not affect people going to the US from a level 4 country, but they must nonetheless continue to observe the testing and vaccination requirements in place for travel.

France had been upgraded to level 4 in August, but is currently on level 3, under which people are advised to “reconsider” all but essential travel but not told to avoid it completely.

An average of 51,053 cases out of a population of 83 million have been recorded each day in Germany over the past week, with infection rates having increased by 81% compared to two weeks ago according to the New York Times.

Deaths have also increased by 62%, and November has been the month with the highest average cases of the whole pandemic, with previous waves only seeing peaks of about 25,000 cases per day.

In Denmark, daily case numbers are also returning to their highest recorded levels of over 4,000 per day, which were last recorded in December 2020.

In France, the positivity rate of tests taken is currently 4.9%, while in Germany it is 17.3%.

There have been reports that Germany’s hospitals are becoming overwhelmed with Covid patients, while in France the 300-400 admissions each day are much lower than the 2,000 daily hospitalisations seen in March and April 2020.

Yesterday, 84 Covid-related deaths were reported in France, only a fraction of the up to 600 daily deaths recorded in March 2020 before the Covid vaccines were developed.

However, Santé publique France states that yesterday (November 23) there were 30,454 cases out of a population of 67 million.

This is the first time that more than 20,000 cases per day have been registered since August 24, and average daily case numbers have risen by 274% over the past two weeks according to the New York Times.

Over the weekend, the number of daily cases had been hovering below 20,000, but this new surge will cause the country’s infection rate to tip over 200 per 100,000 people from its current position at 191.

The US updates its “do not travel” list every Monday, and if France’s infection rates continue to rise as rapidly as they have this week, it could soon become the latest country to be added.

Daily Covid cases have risen by 10% in the past week to an average of 95,700, according to The Washington Post. During the country’s infection rate peak in January 2021, the number of cases reported each day exceeded 250,000.

Covid France: Son, 48, and both his parents die of virus in same week