'Very tight' lockdown is one option under review in France 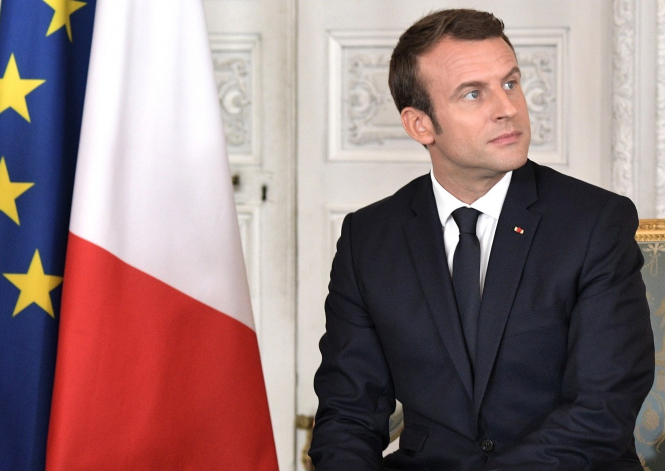 France's President Emmanuel Macron is believed to be waiting to see the effects of the 18:00 curfew before making a decision on another lockdown
By Connexion journalist

*UPDATE 15:00, January 27: Following this morning's Conseil de défense, government spokesperson Gabriel Attal announced that the 18:00 curfew is not "sufficiently" stemming the spread of Covid-19. He said that the introduction of a "very tight" lockdown is one of several scenarios the government is studying. He did not provide further details on what a very tight lockdown would look like.

The word lockdown, or confinement, has appeared regularly in media publications in the past few days, with the expectation that one could be announced this week.

But there has been no government statement to this effect yet.

Health Minister Olivier Véran said on January 23 that the government is waiting to see the effects of the 18:00 to 06:00 curfew, which was introduced nationally on January 16, before making a decision on another lockdown.

“We want to be consistent, we said we would give ourselves a period of 15 days to observe the effects of the curfew, we're sticking to that,” the newspaper reported several government officials as saying.

This means that the government is likely to review the Covid-19 situation again after Saturday, January 30. There is no indication that a government announcement will actually be made on this day.

The government may also be delaying an announcement on a lockdown to coincide with school holidays, La Dépêche du Midi reported.

Countries such as the UK, Ireland, Germany and Denmark have closed schools to stem the spread of Covid-19. They remain open in France with education minister Jean-Michel Blanquer saying they are “fundamental for our children”.

France’s mid-term school holidays are set to begin on February 6 and run until February 22, so this would be one way for everyone to be at home without the government having to close schools immediately.

Why is the media writing about a new lockdown?

Principally because leading medical experts in the country are talking about the need for it.

Jean-François Delfraissy, head of the conseil scientifique that advises the government on Covid-19 matters, said on Sunday, January 24, that France would “probably need to go into lockdown” due to more contagious variants of the virus entering the country.

“French people need to understand that mutations and variants — British, South African, Brazilian and now Californian — have completely changed the story over the past three weeks,” he told BFMTV.

“We are going to have curfews, lockdowns - we are obliged to as long as the disease is not controlled,” he told BFMTV today (January 27).

Leading epidemiologist and statistics expert Catherine Hill, last week told The Connexion that “we will, no doubt, have to go into lockdown once again.”

“All the figures remain high,” she said.

“We have not reached the levels we did during the first peak, but the risk remains.”

What are France’s Covid-19 figures?

France is recording an average of 20,061 positive Covid-19 tests per day, an increase of 10% from the previous week.

The graph below shows that, except for a couple of dips, the number of positive reported cases of Covid-19 has been increasing steadily since mid-December 2020.

Before France exited the second national lockdown on December 15, 2020, the government stated it was aiming for fewer than 5,000 cases per day.

On Monday, France also passed the threshold of 3,000 people in intensive care units due to Covid-19. This threshold was given as an upper limit by the government for it to bring the country out of the second lockdown in December. The number of people currently in intensive care units due to Covid-19 has increased by 9% in the past week, as the graph below shows.

In 23 departments in mainland France, the incidence rate of Covid-19 - this is the average number of people testing positive per 100,000 population over the past week - is over 250 (see map below).

Is the curfew working?

Health Minister Olivier Véran has said it is the best option currently.

“In the departments where we have put in place a 18:00 curfew from January 2, there is a drop off in terms of epidemic tension,” he said.

“The curfew has borne fruit in the places we established it early, we hope it will bear fruit throughout the country.

"If it were to be effective at the national level, lockdown would be avoided... but we may have to take additional measures,” he said.

Numbers published by Santé Publique France support Mr Véran’s conclusion. In the big cities where an earlier curfew has been in place since January 2, including Paris, Nice and Bordeaux, there has been a levelling off in the number of new cases.

The only exception is Marseille, where the number of new cases has continued to rise.

Prime Minister Jean Castex said on Monday that “decisions would be taken this week” with regards to the Covid-19 situation.

President Macron announced the two previous lockdowns in a televised address to the nation. No such televised announcement has been scheduled for this week.

France has already brought in new measures to stem the spread of Covid-19 in the past week.

Since January 24 anyone entering France from an EU country via plane or ferry must have a negative PCR test.

This does not apply to car or rail travel.

This rule is aimed at preventing the spread of new, more contagious variants of Covid-19 in France.

France will not wait to impose new lockdown if curfew fails

France looks to extend state of health emergency to June 1