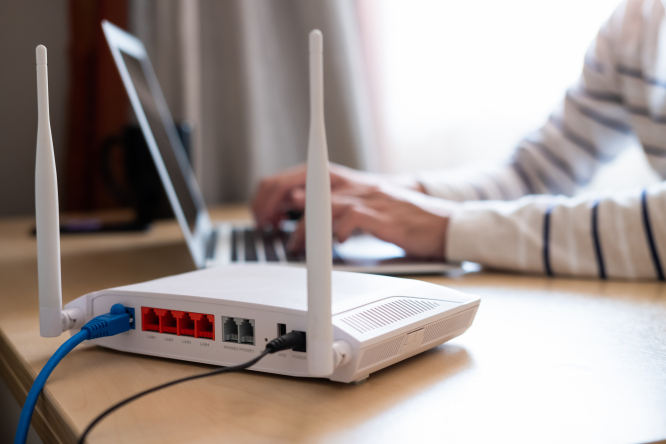 Signal was so weak that it was impossible for some inhabitants to send emails Pic: Teerasan Phutthigorn / Shutterstock

Inhabitants in three villages in central France have installed their own internet network to conquer the insufficient signal by major operators.

Even though 245 people live in three villages in Vallées-de-la-Vanne, Yonne, parts of the area were a network dead zone for mobile phones and fixed lines with service so weak it was impossible to work from home, or even to send emails.

The local community found its own solution: creating its own network from the location in the commune where the connection was strongest.

Deputy Mayor Bernard Romieux told FranceInfo: “There is one village that has good internet connection but the other two have very weak signal.

“We wanted to share the signal that we have and send it to the other villages so that they have a satisfactory service.”

This meant fixing antennas to elevated points including the roof of the mairie, the church bell tower and surrounding pylons throughout the commune.

The network, installed by a group of locals with help from local IT collective SCANI, now offers reliable internet for €30 a month.

SCANI is run largely by volunteers and works to install internet infrastructure in locations where it is lacking.

Coordinator Bruno Spiquel said: “As soon as someone has any kind of problem, for example, if they are waiting for fibre internet in a remote location, we can provide a solution in the meantime or a more long-term solution that will last for years.”

The government has said 100% of people in France will have access to fibre within the next four years.

How can I find the internet speed potential of our home in France?