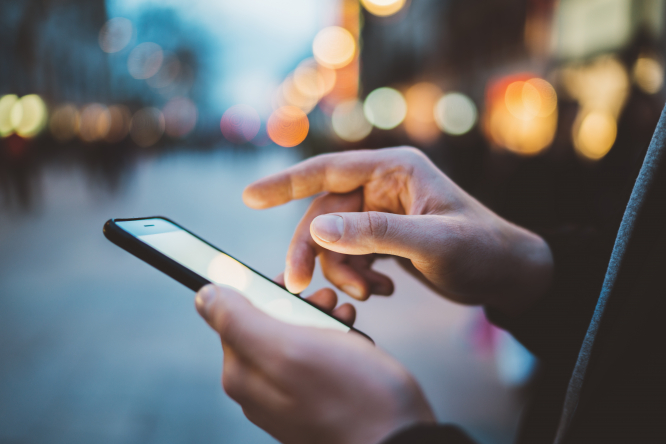 From January 2022, new Vodafone users will be charged for making calls, sending texts or browsing the internet while in Europe. Pic: ImYanis / Shutterstock

UK telecom company Vodafone has announced that new and upgrading users will have to pay to use their mobile phone in EU countries from January 6, 2022.

The new rules will apply to anyone who renews or starts a Vodafone plan not including European roaming from Wednesday (August 11). These customers will now be required to pay £2 a day while in EU countries such as France.

Travellers to Europe may reduce their daily costs to £1 by purchasing a roaming package priced at £8 for 8 days or £15 for 15.

These charges will not apply to Xtra Airtime Plans with 4 Xtra benefits, or for people travelling to the Republic of Ireland.

Existing Vodafone customers will also be protected from the fees while on their current plan.

Vodafone is the second UK mobile phone firm to reintroduce roaming charges, with EE having in June announced similar plans for an additional £2 a day or £10 a month fee.

The EU passed a law abolishing all roaming charges in 2017, but since Brexit, UK mobile providers have not been bound by this regulation.

In January of this year, Britain’s biggest networks – O2, Vodafone, Three and EE – assured customers that they would still be able to use their phones at no extra cost while travelling in Europe.

Now that EE and Vodafone have retracted this promise, users have begun to question whether other telecom operators will do the same.

Which UK mobile providers are planning to introduce roaming charges for EU travel?

O2 has said that it will not be reintroducing roaming charges, but has now begun to enforce a fair use data cap for travellers in Europe.

This means that customers who normally have more than 25GB of data will be restricted to 25GB only, receiving a text as they approach and then when they reach their limit.

After this, they will be subject to a charge of £3.50 per each additional gigabyte used.

All O2 users should be aware that anyone spending 63 or more days in Europe out of any four month period could be seen to be in breach of O2’s fair usage policy and may be subject to extra charges.

Three has decided to cut its fair usage limit from 20GB to 12GB per month for visitors to Europe, and will be introducing a charge of £3 for every extra gigabyte used.

The Connexion has contacted the company to check whether any further changes will be introduced, but are yet to receive a response.

According to a Tesco spokesperson, the company has: “no current plans to reintroduce EU roaming charges.

“Tesco Mobile customers can continue to use their data, minutes and texts at no additional cost, in 48 destinations across Europe and beyond.”

A spokesperson from Sky Mobile told The Connexion that: “Sky Mobile customers will not be charged roaming charges in EU countries and will be able to continue to use their data, call and text allowances as they do in the UK.”

A Virgin Media spokesperson has told The Connexion that: “There are currently no changes to our Roam Like Home offering or roaming fair use policies.

“Customers can continue to use their inclusive airtime allowances in 43 European destinations and can find more information about roaming on Virgin Media’s website.

“Should we make any changes to our roaming policies in the future, we’ll provide guidance and updated information on our website and notify customers where necessary.”

And what about French operators?

France’s leading mobile providers, Orange, SFR, Bouygues Telecom and Free, have all said that they will not be reintroducing roaming charges for customers travelling to the UK after Brexit.

However, there is nothing stopping these companies from changing their minds in the future.