Cookie Consent by FreePrivacyPolicy.com What effect would local lockdowns have in France? French News and Views in English | The Connexion
17 may 2021
Classifieds Currency exchange Newsletter
Login Register BASKET
Facebook Twitter

What effect would local lockdowns have in France? 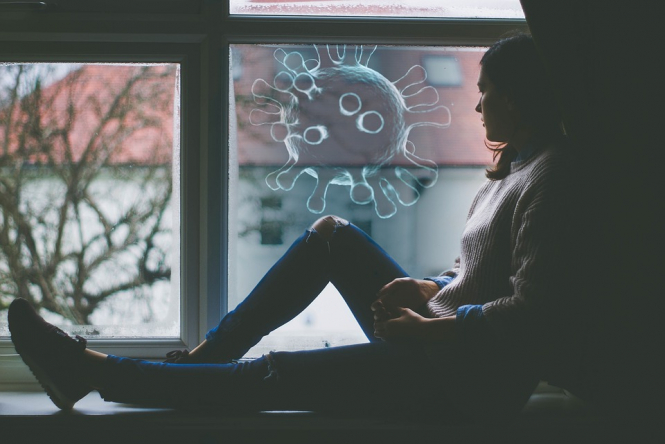 The president of the regional council of the Grand-Est, where the number of Covid-19 cases is higher than the national average, has said he would prefer to see local lockdowns put in place rather than extending the curfew, as detailed by Health Minister Olivier Véran yesterday (December 29).

“What I understand is that the government is taking a wait-and-see position and is trying to see how the epidemic is progressing,” Jean Rottner said in an interview with FranceInfo.

“Personally, I would have liked us to be able to anticipate, to take the lead and to be able to take advantage of this holiday period where there is a little less activity... in order to establish a form of confinement that is brief, effective, and which does not interfere with economic activities in a major way,” he said.

“The government has made another choice.”

Mr Véran said in a televised interview that the government “does not want to introduce a new lockdown at this point”.

He said that in 20 departments in the Grand Est, Auvergne-Rhône-Alpes, the Alpes-Maritimes and Bourgogne-Franche-Comté, if the Covid-19 situation remains the same over the following few days, a 18:00 curfew will be established from January 2 to replace the current 20:00 curfew.

How useful are local lockdowns?

They have already proven to be effective on a small scale.

Researchers at the Italian University of Padova and Imperial College London in the UK have observed that local lockdowns can assist in reducing the spread of Covid-19.

A study published in April showed how in the town of Vo, Italy, with a population of 3,000, localised measures were used to control the virus

However, the lockdown there was combined with test and trace measures, including for people without any symptoms, which is more difficult to do on a larger scale.

In order to test asymptomatic people, it is necessary to trace the contacts of people testing positive with Covid-19 and in the areas of France the most affected, the number of cases is too high for this to be a reliable strategy.

The other option is to run mass tests. In France, testing is not mandatory and so it could be difficult to encourage a large enough number of people to turn out to take tests for this to be an effective strategy.

And while the Vo study showed impressive results, the efficacy of local lockdowns on a larger scale is less proven.

The UK introduced a local lockdown on the city of Leicester in July 2020 due to the high number of Covid-19 cases in the city.

However, Ivan Browne, director of public health in the city, said that the number of Covid-19 cases in the city had already been falling for 11 days before the local lockdown was put in place, so it was not clear how much the measures affected the drop.

A report by the Scientific Advisory Group for Emergencies (SAGE) in the UK into the use of local lockdowns found that the Leicester lockdown divided opinion.

It found that government communication related to the intervention was problematic and left people confused.

“The rationale for the physical boundaries of the area was unclear”, it noted.

“People felt that they had been ‘forgotten’ but also had become the ‘Lepers of Leicester’ or the ‘Pariahs of Leicester.’ They felt ‘ashamed’ and like a ‘laughing stock’ because they were still ‘in lockdown’ after the national day of lessening of restrictions on 4th July,” the SAGE report states.

It added that many people reported feeling “despair” at the local measures and said they “feared for the future of their multi-ethnic city with the continuing of the intervention and its aftermath”.

Another issue with local lockdowns is that not all areas are the same demographically and geographically and so fluctuations in the number of cases are sometimes out of the hands of the people there.

Doctor Didier Guillemot, an epidemiologist at the Pasteur Institute, thinks that local lockdowns are still worth a try.

“From an epidemiological point of view, confining locally or regionally could be very useful and less burdensome for a large part of the French population,” he told 20 Minutes.

However, he admitted local measures could be difficult to implement.

"The political organisation of France complicates things. Who will manage these local reconfinements? The regional presidents? The prefects? They are not necessarily the best placed to do so,” he said.

A group of specialists have called for Europe-wide measures to be established to combat the spread of Covid-19, in an article published in the Lancet, a peer-reviewed medical journal, on December 18.

The team of health experts wrote that “a single country alone cannot keep the number of Covid-19 cases low”.

“If European governments do not act now, further waves of infection are to be expected, with consequential damage to health, society, jobs, and businesses.

“We therefore call for a strong, coordinated European response and clearly defined goals for the medium and long term.”

Covid France: No lockdown but new curfew, and rules remain