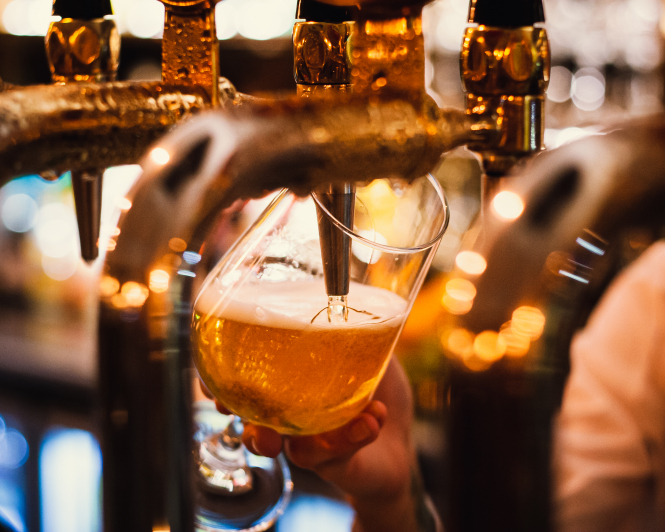 The cost of producing beer is being pushed up by the rising price of raw materials, energy and packaging Pic: BartFire / Shutterstock

The price of a bottle of beer could rise by 15-30 cents in France following an increase in production costs.

Pierre Marchica, the managing director of the 3 Monts brewery in Saint-Sylvestre-Cappel (Flandres) told BFMTV yesterday (October 25) that prices could climb by 5-10% for consumers if wholesalers do not act to protect them.

This comes after a wet summer led to a poor harvest, pushing up the price of cereals involved in beer production, especially hops and malt.

Read more: Cost of baguettes set to rise amid flour and labour shortages

Breweries are also falling victim to the sharply climbing energy prices that are impacting the whole of France.

Beer production requires a large amount of electricity and gas, and the 7-15% average energy bill increase that brewers are facing – according to Brasseurs de France union – is resulting in a significant increase in costs.

However, the biggest price rise currently faced by brewers is that of packaging, which accounts for 45-50% of the total cost of beer production according to Mr Marchica.

This figure is also on the rise, by 10-24% depending on the material.

“That has a heavy impact on our cost price [...] We have let these increases eat into our margins but we cannot continue. We cannot constantly adjust prices to keep them low without threatening our own ability to invest, to [produce a] quality [product] and also potentially to employ staff,” said 3 Monts brewery’s Mr Marchica.

“Our labels are made from paper, a market which is blowing up at the moment,” added Jonathan Abergel from the Parisis brasserie in Épinay-sous-Sénart (Ile-de-France). “The bottle is made from glass, an industry where prices are also blowing up. And then we have the metal of the cap, the price of which is also rising.”

Even the stainless steel that is used to make brewing equipment is increasing in price.

“Tanks that normally cost €30,000 may currently cost €45,000, which could reduce brewers’ power to invest,” said Mr Drouin, who added that this is the first time that he has seen such rapid inflation in the 20 years he has spent in the industry.

What can be done to protect consumers?

Mr Drouin and Mr Marchica are calling for distributors to help prevent the rising cost of beer production from rippling out towards consumers.

“Wholesalers must also cut into their profit margins in order to control the price for consumers,” Mr Drouin said.

This question will be discussed during the annual price negotiations between breweries and their distributors, which decide prices for the coming year and which began this month.

Mr Drouin expected distributors to be sympathetic to the challenges faced by producers, telling Le Figaro that: “I am not too worried about their ability to understand this problem.”

He added that restaurants and bars will also have to make changes in order to shield customers from the price rises. “Depending on the producer, 50% of [a brewery’s] takings generally come from this sector.”

Laurent Boiteau of the Melusine brewery in Chanverrie (Vendée) said: “We will have to reevaluate our prices to maintain a balance, but only within reason, as the [hospitality] industry has already suffered greatly during the pandemic.”

19 hours ago
5
Covid-19: Rules for travel to and from France