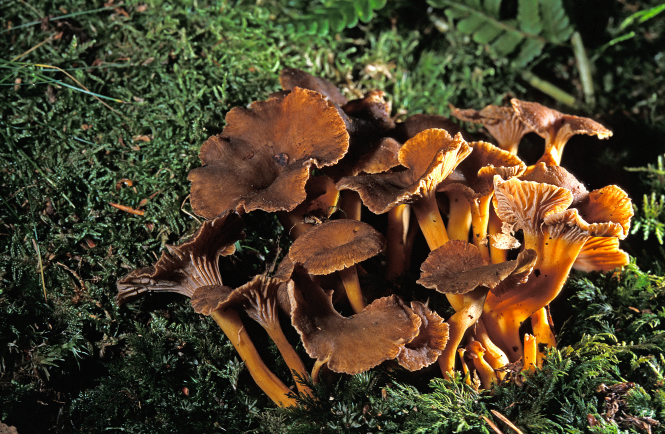 Wild edible mushrooms can look very similar to toxic varieties, leading authorities to issue a warning this year to anyone planning to forage and eat some this year Pic: Slowmotiongli / Shutterstock

Authorities in France are calling for caution after three people have died from wild mushroom poisoning this year, and 330 cases of poisoning were reported over the summer.

In a statement, they said: “The risks of poisoning are manifold: confusing an edible species with a toxic variety, and consuming edible mushrooms that are in a poor state, or poorly cooked.”

They advised people to only pick mushrooms they are 100% certain are safe, and to have them checked by a mushroom association or pharmacist (many have training to do this) in case of any doubt.

It said that relying on smartphone identification apps was not advised as there was room for error.

They continued: “Some highly toxic mushrooms look very similar to edible varieties. Some poisonous mushrooms can also grow in the same place that you may have picked edible mushrooms in a previous year.”

Weather conditions over the past few months have made the season especially early this year.

Between July 1 and August 29, there were 330 cases of mushroom-related poisoning reported to anti-poison clinics. Three deaths were also confirmed.

Most poisonings are mild, with symptoms such as abdominal pain, nausea, vomiting, and diarrhea. However, some can be much more severe.

With the mushroom foraging season now set to continue as autumn approaches, authorities have issued the new warning.

Most people were poisoned after eating the mushrooms as part of a meal, but authorities said that “3% of cases were reported after a child or adult presented with cognitive issues, due to a piece of non-edible mushroom that they had found in the garden at home or playground at school.

“In some cases, they had confused an edible species for a poisonous one, due to the use of a digital mushroom identification app.”

In France, it is not unusual to ask pharmacists for help in identifying whether mushrooms are safe to eat.

Anyone foraging for species with a view to eating them should check that they are 100% non-toxic before eating.

Regulations state that foraging for mushrooms is permitted in a ‘forêt domaniale’ (belonging to the state), for personal and family consumption. Resale is not allowed.

Each person is only allowed to pick a maximum of five litres per day (roughly the size of one hand-held basket), except if local laws permit more.