Will Bernard Tapie’s family choose to inherit his wealth… and debts? 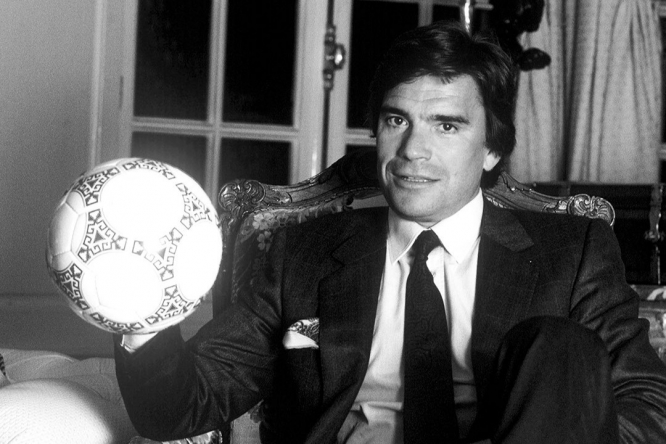 French businessman Bernard Tapie, who was once one of France’s richest men, died in October at the age of 78 and left behind assets worth around €300m - and debts of around €600m

His wife, Dominique, and four children now have the choice to take on this inheritance or renounce it, and receive nothing.

Mr Tapie was an influential businessman who previously had a stake in sportswear company Adidas. He was forced to sell his stake to state-owned bank Crédit Lyonnais in the early 90s, which the bank then sold on at a higher price, leading to a long-running legal dispute between Mr Tapie and the bank.

He was awarded €404m in compensation in 2008 over the affair after an arbitration panel found he had been defrauded. He was then in 2017 ordered to return the payment after controversial legal and political wranglings, a decision that he appealed, and in 2019 he was acquitted of fraud in the case.

A new case was opened against him last year for the dealings and he was this time found guilty. He was in the process of appealing when he died.

Will his family accept the inheritance?

His heirs have four months to make a decision on whether to renounce the inheritance.

“Logic says that they will refuse it, given the size of the debt, which is growing at around €90,000 per day,” a lawyer working in the Adidas case told French magazine Marianne on October 6.

Bernard Tapie sold the Paris mansion in which he lived last July for €80million, which was immediately recovered by his creditors.

Another house, the Mandala in Saint-Tropez, was seized by the courts and eviction proceedings were underway. The house is valued at around €50m. He had another property in Combs-la-Ville (Ile-de-France), which is valued at several million euros. It is owned through an English company.

Bernard Tapie was also an 88% shareholder in the French daily newspaper La Provence. However, all these assets would not be enough to pay off his debts, not to mention all the ongoing legal cases.

Three choices for the family

When a relative dies, successors have three options under French law.

The first is pure and simple acceptance, meaning that one receives one's share of the inheritance and pays any debts of the deceased within the limit of one's rights in the estate (one quarter of the estate, one quarter of the debts), French government website service-public.fr states.

It is possible to appeal in order to be relieved of the payment of debts if they were not known at the time of acceptance of the estate (this is not the case for Mr Tapie's heirs) and that the inheritors can prove that payment would seriously damage the personal assets.

The second choice is acceptance of the net assets (l’acceptation à concurrence de l’actif net), an option that the businessman's heirs might prefer, according to the newspaper Libération, but which is complex.

This means that the heir or heirs do not pay debts that exceed the value of the deceased's property. The personal assets are therefore protected from creditors. In this case, once the declaration has been made to the competent judicial authorities (the notary is responsible for this), an inventory of the estate must be made within two months.

Creditors must declare their claims within 15 months.

The third and final choice is renunciation. The heirs receive no property and pay no debts. They have four months to exercise this option.

Creditors can force the estate settlement process, family law lawyer Patricia Simon wrote in the regional newspaper Nice-Matin. They could summon the heirs to accept or not the estate within four months of the death, and the latter then have two months to make their choice.

Who was Bernard Tapie?

Mr Tapie emerged from a working-class background to become one of France’s richest men.

He was president of Olympique de Marseille (OM) from 1986-1994 and bought sports retailer Adidas in 1990. The latter acquisition led to legal wranglings over money with French bank Credit Lyonnais, in a saga that has lasted more than 20 years.

He was known for helping OM to revive the then-flagging club, and help it win its only Champions League title in 1993.

He was later imprisoned for match-fixing, but was still considered a force of nature and well-known and loved among much of the French public.

Mr Tapie was also involved in politics, serving as minister of city affairs in 1992 to 1993, when François Mitterrand was in power.

His death came four years after he announced that he was suffering from stomach and oesophagal cancer. He underwent surgery for the condition in 2018, followed by chemotherapy.

President Emmanuel Macron sent condolences to Mr Tapie’s family after learning of his death, saying his “ambition, energy and enthusiasm were a source of inspiration for generations of French people”.