Would all UK state pensioners in France be hit by rise limit plan? 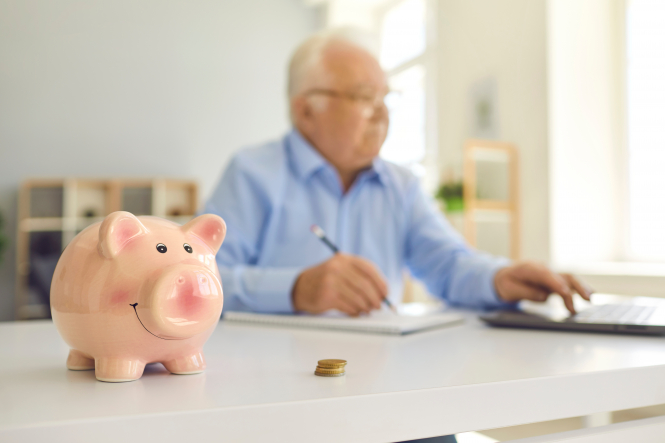 The UK government has strongly hinted that it may water down its ‘triple lock’ state pension protection, which would affect UK state pensioners in many countries around the world, including France.

Already, the UK state pension is one of the least generous in the OECD group of developed western democracies, though this is partly balanced by the fact that National Insurance payments by UK workers towards the pension are relatively low.

The triple lock – which the 2019 Conservative manifesto promised to keep – means that the state pension should be subject to regular annual increases in April linked to the highest of:

However the UK’s Office for National Statistics has published data showing wage growth at 8.8% as the country recovers from lay-offs, furlough periods and wage cuts last year.

With the full state pension currently €179.60/week, this could see it rise to €195 next spring, however a spokesman for Prime Minister Boris Johnson stated yesterday that the government has concerns about the wages rise.

“I think we recognise the legitimate concerns about potentially artificially-inflated earnings impacting the uprating of pensions,” he said.

“Any decision on future changes to the triple lock will be taken at the appropriate time based on the latest data, and of course we will continue to support older people, while ensuring future decisions are fair with pensioners and taxpayers. No decisions have been made.”

The UK is said to be considering alternatives such as temporarily removing the wage element of the triple lock or next year using wage rises averaged over the last two years, including a 0% rise last year.

Would all UK state pensioners in France be affected?

The triple lock mechanism only benefits Britons who have moved abroad if they are living in the EU or another country with a social security agreement with the UK. In some other places, such as Canada and Australia, UK state pensions are frozen when the person moves abroad or at the rate when they start to claim.

The Brexit Withdrawal Agreement guarantees the payment of annually-uprated state pensions to UK state pensioners covered by this deal, that is to say Britons living in France by the end of 2020 and who have applied to safeguard their residency rights with a new Brexit WA residency card.

The same applies to future UK pensioners under the Trade and Cooperation agreement that was signed between the UK and EU at the end of last year.

So, yes, UK pensioners in France who rely on state pension income would also be affected by this. It comes as many who have been living for some years in France have also seen the spending power of British pensioners reduced due to a drop in the value of the pound since the Brexit vote.

How does the state pension in France compare to the UK’s?

However French people typically pay more into their pensions via social security charges on salaries or other work, compared to National Insurance in the UK.

UK National Insurance for workers is around 18% of the gross salary for a worker on an average UK wage but also goes towards sick pay, maternity leave and unemployment benefit.

In France the payments are subject to ceilings once salaries rise over a certain level, however, for most workers contributions towards the old age pension alone represent more than 15% of the gross salary. Total contributions, which go towards similar elements to the UK’s, as well as healthcare, are at least 46% of the gross salary, say French accountants L’Expert-Comptable.com.

The mininum paying-in period for a 'full' state pension is also less in the UK compared to France, 35 years compared to 42 years in France.

The key difference, however, is that when you reach state pension age, the UK state pension is based on having paid into state coffers while working, then receiving money back based on the current fixed state pension rate. The French pension is an insurance-based scheme where, subject to certain ceilings and adjustments, how much you get out is linked to how much you paid in.

This means that in proportion to earnings in working life the UK state pension is more ‘generous’ for those who were on low incomes whereas this does not apply to the French pension.

The latest OECD figures show that for a person on an average UK wage, the state pension represents 28.4% of their earnings when they were working. For someone who earned only half the average wage it is 51% and for someone who was earning 150% of the average it is only 20.2%.

OECD figures for state spending towards the old age pension also show that France devotes a higher percentage of its GDP and overall state spending to this sector than does the UK, respectively 13.9% and 24.4% for France and 6.2% and 14.8% for the UK.

Pension top-up benefits in France are also more generous than in the UK, as the UK’s pension credit (which cannot be claimed abroad) currently tops up a single person’s pension to only £177.10 per week, less than the current full pension amount.

France's Allocation de solidarité aux personnes âgées (ASPA) benefit tops up income to up to £906.81 per month for a single person or £1,407.80 / month for a couple. Britons covered by the WA deal are eligible for this, but in future only those who have held a carte de séjour permitting work for 10 years or more will qualify, as non-EU citizens.

Understanding the rules of UK pensions when living in France

How you can earn extra money after retirement in France

1 day ago
3
Fifth Covid wave: Ministers to meet, what measures could France take?