French-themed books to read in January 2021 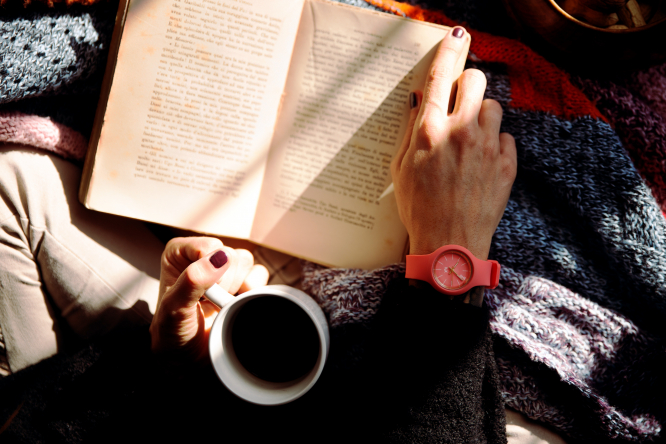 Seasoned author Arnaud Rykner’s “The Last Train” is both a true story and entirely fiction. Or that is what he says.

“Knowing what I knew, reading what I had read, I could not help but lie...

“So all this is false. It is not a book about History. History is even worse. Unreal. This is a novel,” he writes in the preface.

The book is a 139-page monologue written from the point of view of a young man on board the “death train”, a Nazi transport convoy that went from from Compiègne, today located in the Oise department (Hauts-de-France region), to Dachau in southern Germany in July 1944.

As it is written from the point of view of a man on the train, the author is able to bring the story to life in a grippingly realistic and heartbreaking manner. But there is more to this book.

The author teases a personal involvement in the story in his preface.

“I had to do this terrible thing,” he says.

The Pear Affair is author Judith Eagle’s second novel and takes readers to the mysterious underground tunnels of Paris in the 1960s.

It is aimed at teenagers or young adults and is all about Nell Magnificent, an adventurous 12-year-old, who escapes her nasty parents to go on a romp through Paris.

The tangled tunnels of Paris’ underworld lead young Nell deeper and deeper into the mystery of the disappearance of her old au pair.

She is joined along the way by a host of colourful characters, including Xavier, the bell-boy.

The book also teases readers with descriptions of Paris’ city life, with the characters scurrying past 1960s boulangeries, cafés and fashion houses.

Author Ms Eagle said: “For a long time I had been accumulating impressions of Paris, not just from my own visits, but from all the films I had seen and the books I had read.

“The sights, the sounds, the food… there was a space in my head where imagination and memory collided and I wanted to get it all down on the page”.

It joins countless other stories set in the city of love, writing another chapter to Paris’ mystique.

The Chalet is the bestselling debut thriller by Catherine Cooper, and is set at a fictional French ski resort in the Alps.

The book flitters between decades, taking place simultaneously in 1998 and 2020 in the French Alps, and occasionally in 2018 London.

The author says, “The mountains are beautiful – but they can also be deadly”. Not so much a book for France’s sunny plages in the summer, but more one to curl up on an armchair with, near a cosy fire on a winter’s day.

Ms Cooper said that she was inspired by her own experiences of France’s iconic mountain range.

“With a setting inspired by the various ski resorts I’ve visited over the years and the people I’ve met there, ‘the Chalet’ looks at what happens when the past crashes into the present.”

The book is split into three parts and there are also some “extracts” of Daily Mail articles to keep readers engrossed over the nearly 400 pages.

“The snow is hiding more than just secrets,” the book teases, and it takes the intrepid readers on a journey to uncover that mystery.

The 'living tapestry' from a small port town in France