How a vigneron tackles vine disease in France 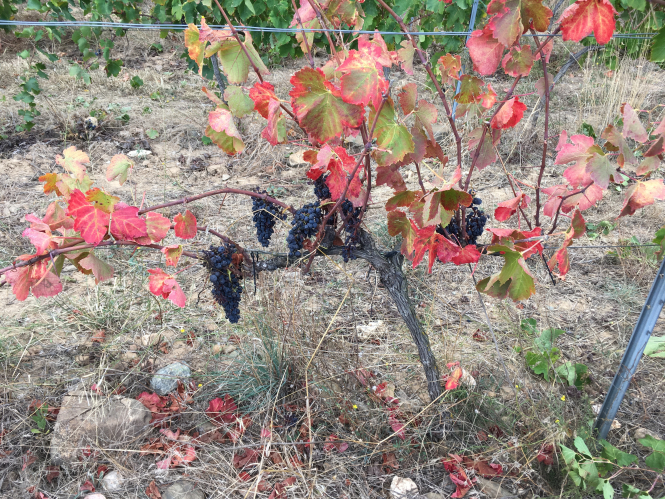 The only solution to prevent Vitis vinifera vines from dying is to graft them onto a native American species of vine, whose roots are resistant to the insect
By Jonathan Hesford

Last month I wrote about the major grapevine diseases that were introduced from America to Europe and which continue to pose huge problems, requiring constant pesticide spraying to keep under control. This month, I will talk about the multitude of other diseases grape-growers face.

Around the same time as downy mildew was introduced to Europe, it was discovered that phylloxera, a type of soil aphid, was killing Vitis vinifera plants by eating their roots. No chemical has ever been found to combat phylloxera.

The only solution to prevent Vitis vinifera vines from dying is to graft them onto a native American species of vine, whose roots are resistant to the insect. Therefore nearly every vineyard in the world today is planted with grafted vines whose roots are one species and whose leaves and grapes are those of another.

As well as powdery and downy mildew fungal diseases, there are many others which can damage grapes. such as Botrytis, Anthracnose and Black Rot. Perhaps more serious are those which get into the trunk of the vine and kill it unless it can be identified and cut out in good time. Eutypa, Esca and Black Dead- Arm are examples of these wood-diseases for which there are no permitted chemical treatments. If these are allowed to remain in the vineyard, they can quickly spread from vine to vine, killing them within a couple of seasons.

It’s not just fungal diseases which cause problems. There are bacteria which cause Pierce’s disease and Crown Gall and even more deadly viruses that cause Fanleaf, Leafroll, Flavescence Dorrée among others.

You cannot give plants antibiotics or vaccines and they have no immune system so the only way to stop the spread of these diseases is by cutting out and burning infected vines or destroying the vectors which spread them. Flavescence Dorrée, for example, is spread by a leaf hopper and all French vignerons are forced by law to spray an insecticide (organic or synthetic) twice or three times per year. Fanleaf virus or “Court Noué” is much more difficult to control because it is spread by a type of worm in the soil.

As well as insects which spread diseases, there are those which attack the grapes directly. Eudemis is a moth which lays its eggs on the bunches. The larvae will cause heavy losses if not prevented.

A pheromone which causes sexual confusion and prevents the moths from mating may be used in some locations, thus avoiding the need for sprays. Otherwise there are a variety of synthetic and “organic” insecticides which can kill the eggs or the larvae so long as they are sprayed at the precise moment.

There are several other insects that less environmental vignerons may spray against but which do not really cause significant damage, such as Cochylis moths, spider mites and fruit flies. However, they can cause a lot of damage if they arrive in a vineyard that has already suffered some primary damage from fungal disease.

This is why an integrated pest-management programme for vines is so important. An outbreak of powdery mildew in early summer could cause the grapes to split as they swell and then fruit flies feeding on the oozing juice will spread bacteria which causes acid rot and within a few days the whole bunch has been lost.

In recent years there has been a huge amount of misleading information given to the public about how vignerons (and other farmers) protect their crops from all these threats. Lobby groups for organic and biodynamic wines have persuaded the consumer that producers who obtain their certification and use their logo do not spray chemicals or pesticides or that they use “natural” treatments which are harmless compared to man-made ones.

The vines that make the wines we like are vulnerable plants, bred for flavour and yield

The truth is that while some synthetic pesticides are dangerous to handle, they are sprayed in such tiny concentrations that any residues that may be found in a bottle of wine pose no health risk to consumers. The fact remains that the vines that make the wines we like are vulnerable plants, bred for flavour and yield, not for resistance to disease. One solution to the problem would be genetic modification to precisely introduce the genes which provide American vines with their resistance to powdery and downy mildew. But the same organisations which have misled us about pesticides have also convinced the public and their political representatives that GM is an unnecessary evil, rather than a way to avoid pesticides altogether.

So for the time being, the only way to develop disease resistant varieties is to carry out the long and rather haphazard method of crossing European and American vines in the hope of finding some that make decent wine as well as reducing the amount of pesticides required to protect them.

For decades the wine authorities in France banned the planting of these crossings, to preserve the typicity of the wines sold with Appellation or Regional labels. However, In the last couple of years a handful of these crossings have been permitted for regional (IGP) wines in France. So look out for wines made from Prior, Souvignier gris, Cabernet Cortis and Muscaris.

Are hand-picked grapes the hallmark of a true quality wine?

The rise of rosé wine in France, plus taste trends to note