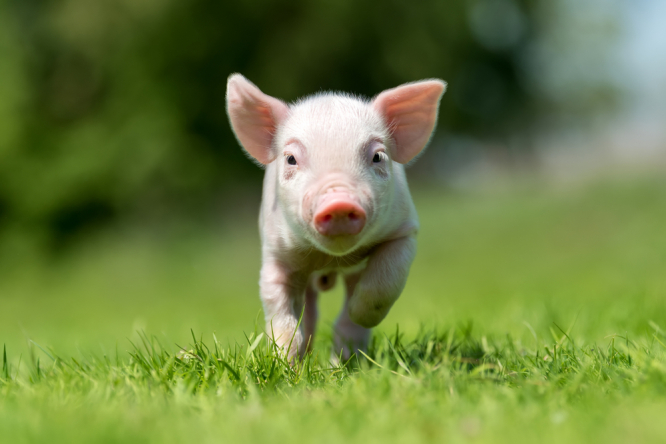 From cats to pigs and even cockroaches, there are many expressions linked to animals in French. Have you ever come across any of these?

Literally, this means when chickens have teeth – an interesting visual if ever there was one!

Entering the French vocabulary around the 18th century, this is a figure of speech for something that is impossible, as chickens will never have teeth.

It is the equivalent of 'when pigs fly' in English.

If you have 'other cats to whip' in French, it means you have more important things to worry about.

In the 17th century, people used to say ‘il n’y a pas de quoi fouetter un chat’ (it's not worth whipping a cat about) when something was not important or not worth worrying about.

So, to have 'other cats to whip' means other matters are more pressing right now.

You might say you're 'giving your tongue to the cat' when you cannot guess the answer to a question.

The real expression used to be ‘jeter sa langue au chien’ (to throw one’s tongue to the dog). But it changed to ‘donner sa langue au chat’ in the 19th century as cats became more popular. At the time, cats were seen as secret keepers who could perhaps give you the answer you were looking for.

It is said that Charles Baudelaire introduced this expression, 'to have the cockroach,' in a poem in Les Fleurs du Mal in 1857. It has stayed in French vocabulary ever since and is used to describe a moment of sadness.

The origin of the expression 'to put a rabbit' is unknown - but some believe it dates back centuries, to a time when rabbits were associated with fertility.

In the 19th century, it meant not paying for a prostitute’s service. Nowadays, it has evolved to refer to when you stand someone up or are stood up yourself.

If a man is called un ‘chaud lapin’ (a.k.a a hot rabbit) he probably sleeps around. The expression comes from the fact that rabbits are sexually voracious.

This is generally used when someone speaks about something and suddenly changes the subject – they go 'from the cock to the donkey'.

The opposite of number seven, this phrase is used when you want to return to a topic you were previously discussing with someone.

It comes originally from a 15th-century comedy play, la Farce du Maître Pathelin, in which a man comes before a judge with two complaints, one about someone conning him out of some sheets and one about someone else stealing sheep.

He gets mixed up in his explanation between the sheets and sheep, and the judge, irritated, tells him "revenons à nos moutons" (let's get back to our sheep).

Referring to someone as a 'wet chicken' means they are always scared and lacking in courage. It refers to the fact that chickens do not move and hide when it rains.

It is tipping it down with rain, with a volume and ferocity comparable to when a cow does its business.

To be a viper's tongue means a person is malicious and likes to gossip.

To be 'mute like a carp' means someone is silent. It refers to the idea that carps often lift their heads out of the water with their mouths open.

Being as 'short-sighted as a mole' means you cannot see anything, as moles are of course well known for their poor eyesight.

The expression means that you do not consider yourself close to another person. Raising pigs is considered a hard job and sharing this work with someone else would make you good friends.

Related to the above expression, to 'get on well like pigs' means you are good friends with someone.

The expression used to be ‘camarades comme cochons’, and cochon was a derivation of the Latin word ‘socius’ which meant ‘compagnon’ (partner).

It means that you are so bored you feel like a dead rat forgotten in a dark cellar. Lockdown anyone?

This is a very useful phrase that can be used in place of 'Oh my god!' in English.

The expression apparently dates back to the 17th century when farmers would bring their cows into town to show off how fresh their milk was. Customers would exclaim 'la vache!' in surprise and admiration.

Though cows in city centres are a rare sighting these days, the phrase is one of the most commonly used on this list.

Do you own a pet in France? Find out more about French rules and regulations around pets for residents, as well as what to do when bringing pets over in our articles below. If you have suggestions for other articles on pets in France, please let us know is news@connexionfrance.com.