France's corruption problem: Why Sarkozy trial is just the beginning 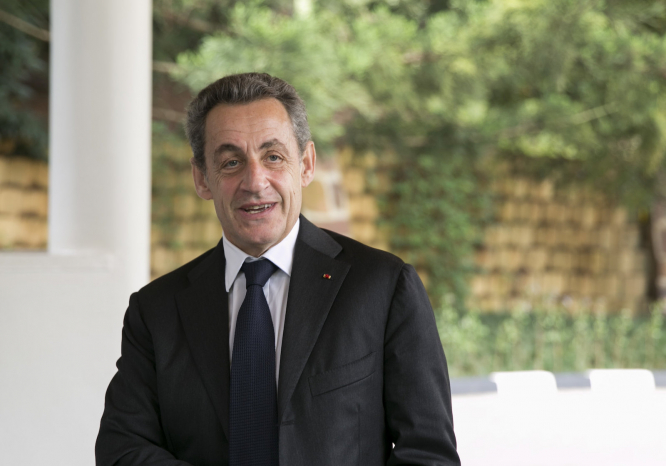 There should be more cases like the one brought against ex-president Nicolas Sarkozy, the first politician of his status to be given a custodial sentence for corruption, according to France’s leading anti-corruption association.

Jean-Christophe Picard, ecology councillor at Nice and its wider area, is a founder member of Anticor. He was its president for five years and is the author of La Colère et le Courage, a book appealing for more action against corruption.

He told Jane Hanks that France has a way to go in tackling the issue and access to important documents is too limited, which is not helping.

Why was Anticor formed?

The idea was to create a national association so that anti-corruption militants would not have to act on their own, which is risky without a support network.

Now we have more than 5,000 members and 92 departmental branches and bring many cases to court. We are funded by our members and individual donations and do not accept money from any organisation to remain independent.

Are the French active in the fight against corruption?

It is not a priority in France. Mass movements like the gilets jaunes do not include it in their demands and do not understand its effect on their daily lives.

Each year, corruption and tax fraud cost the country at least €2billion and the loss of that kind of money has an impact on taxes, social security payments and public services.

Is there more corruption now than there used to be

There have been and always will be people in power who will try to take advantage of their situation to get richer. It’s more visible now because there are far more investigative newspapers. Associations like ours have more power than we used to have.

In 2015, the government gave Anticor the right to act in corruption cases. If a prosecutor throws out a case, we can step in as a plaintiff to ask for the case to be re-opened, so fewer people can escape justice.

Will the outcome of the Sarkozy trial change people’s perception?

It is a positive step, as in France we find it difficult to bring people in positions of power rapidly to court.

It took 20 years to get the “chaufferie de la Défense” case to court, where five business bosses were accused of corruption in an affair concerning the Défense quartier in Paris. By that time, the accused were too old [one was 98] and the case was dismissed.

Former president Jacques Chirac could not be present at his corruption trial in 2011 because he was too old and ill. At least Mr Sarkozy could be there.

Is corruption present in all levels of political life, from mayors to ministers?

One of the reasons I wrote my book was to warn members of the public that there are faults and bad practices in all layers of society. That includes political parties, an area we tend to forget. It also touches the private sector and businesses, sport and art. Everything is linked.

Where there is power, there is corruption?

It is clear that where there are no controls and no sanctions, in no matter which sector, there will be abuse of power. The role of the Cour des Comptes is interesting because it looks into the affairs of organisations, and we can see from their results that, without adequate controls, there is an immediate misuse of funds.

Is that why Anticor takes people to court?

Yes. We choose cases that will show up a particular fault in the system which needs solving. People who have done wrong should be punished but our priority is not to chase after them but to find ways of preventing situations from happening again.

Can you give an example?

The case against Richard Ferrand, president of the Assemblée Nationale, for an alleged conflict of interest that benefited someone close to him is typical. The prosecutor dismissed the case but Anticor asked for it to be opened again because we think a case like this must be heard [the case is pending].

Do you think France has the same level of corruption as other democratic countries?

I think within Europe we are somewhere in the middle. We could do a lot better, but we are not the worst.

We have a problem with the concept of open data. It can take years to get permission to see certain documents. Scandinavian countries value transparency and that limits abuse of power.

How important is it to win the fight against corruption?

It is not unknown for an elected politician to be condemned for corruption, lose their post, and then get re-elected. The French population need to know that that is not in their best interest.

Our public coffers are empty and I think it is vital to fight corruption and tax fraud to make sure we do not lose more public money.

I see no other solution, particularly as it will be difficult to raise higher taxes in the present economic climate.