Decline in letters sees La Poste diversify: What else does it do? 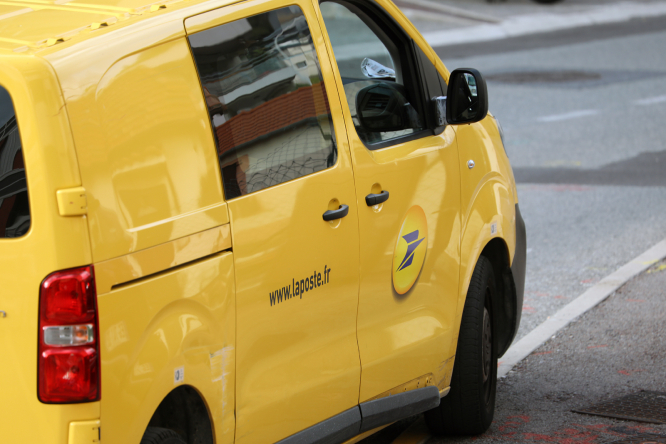 A postal worker’s remit is varied, and can now include checking up on the elderly Pic: Sibuet Benjamin / Shutterstock

A record fall in the number of letters being sent has seen La Poste redouble efforts to find new ways of making money.

Some 1.6 billion fewer letters were posted in 2020 than the year before and, despite the promise of a €500million government grant each year to support the company, La Poste says other sources of cash are urgently needed.

While part of the drive will see delivery times for second class (green stamp) post lengthen from two days to three from January, other services will be expanded as part of an ongoing diversification strategy.

Letters now make up less than 20% of La Poste’s activities, although packages, which for historic reasons have a different legal status from letters, are booming.

La Poste is the biggest parcel delivery service in France and the shortfall of 1.6 billion letters is compared to a gain of 645 million packages delivered.

The company’s banking arm, La Banque Postale, is also being improved. Established in 2006, its services have been generally less expensive than other French banks.

With government help, it is now slowly moving to compete with the ‘Big Four’ – Crédit Agricole, BNP Paribas, BPCE (Banque Populaire, Caisse d’Épargne) and the Société Générale – helped by its extensive branch network in post offices. It is training facteurs (postal workers) to give financial and banking advice.

Other, less obvious, post office offerings are those which come under its catch-all description Services et famille au quotidien, including help doing domestic chores such as cleaning, ironing, DIY and gardening.

This is run on a franchise basis by a company wholly owned by La Poste called Axeo Services.

Set up in 2018, Axeo is still not in every town but has a presence in most large cities.

Not all franchises are based at post offices, but they benefit from having their services advertised and sold in them, and through the LaPoste.fr website.

Staff who visit homes are employees or temporary employees of the franchise, not of La Poste, and their rates are fixed by the hour, with most requiring a minimum of two hours of work.

How much that hourly charge might be is a mystery – each franchise is free to set its own fees.

However, given that the minimum wage is fixed at €10.25 an hour, prices are likely to start from at least €15 an hour to cover running costs and paying for the franchise.

Quotes for one-off or regular help can be obtained online on the La Poste website, where visits can also be booked.

Most of the services offered by Axeo can be deducted from income tax under the services à la personne box of the tax declaration, which, depending on your income, can result in tax benefits of up to half the money paid.

Axeo also hopes to becomes established as a home help for elderly people, running up against another La Poste service. This offers, from just under €20 a month, facteurs doing their rounds knocking on the doors of elderly people to check up on them and have a chat.

The latter is also aimed at the elderly, and is run through another La Poste partner, Saveurs et Vie. It promises a different microwavable menu every day, with the days of the week indicated on each meal.

La Poste has set itself up as an examiner for driving licence theory tests. Candidates can sit the code for a fixed fee of €30.

They must register with the prefecture as learners first, and if they fail the exam, they can take it again after doing more revision at no extra cost.

A proposal to have facteurs act as driving instructors, however, has been shelved after opposition from driving schools. Computer services are another area La Poste has diversified into, including selling tablets to senior citizens.

These come with a simple interface and a team of advisers available six days a week to answer user questions.

The device costs €219, plus a €9.99 monthly subscription fee for services and content.

A more ubiquitous IT offering is La Poste’s free email service, laposte.net, which was originally set up to give everyone in France access to a French email address if they wanted.

Like other free, web-based email services, including Gmail and Outlook, information from messages sent is gathered and treated so the source is impossible to trace, and then sold to advertisers.

La Poste also offers a Digiposte service, which promises to simplify daily admin by providing secure storage of electronic documents such as tax forms, bank statements, payslips and bills for just under €4 a month.

It offers assistance preparing and managing online forms, such as the renewal of identity cards and passports or mortgage applications.

Similar services are now provided by most French banks, and Digiposte is another example of La Poste muscling in on them.

It has also set itself up as one of the gateways to the FranceConnect service, which links the websites of government bodies such as tax collectors, health insurance and Urssaf to remove the hassle of having multiple accounts and passwords.

Difference between 'lettre suivie' and 'recommandée' with La Poste?

Artisan soap maker: 'After six years, it still gives me a thrill’
22 October 2021
More from Everyday Life
More from Connexion
Get news, views and information from France
Join the newsletter
Subscribe to The Connexion