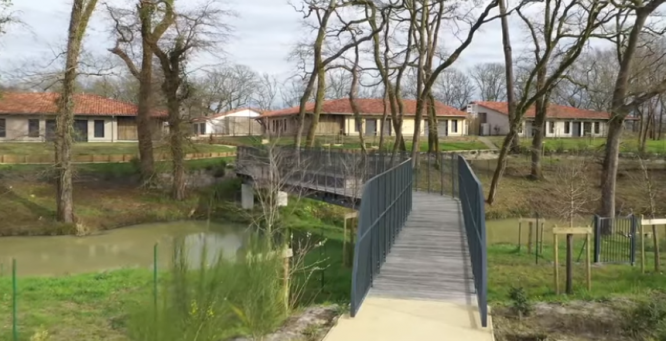 As reported, the village in Dax, in the Landes, is based on models from the Netherlands and built with architectural clues from villages typical of the region.

The coronavirus pandemic meant the opening was delayed from its initial date in April. It will eventually house 120 residents.

The village cost €28.8m to build, at least double the cost of normal specialised Alzheimer care homes, but they are designed for between 20 and 30 residents, so the cost per resident is more or less the same. Funding is coming from the department and regional and national health authorities, with the Landes taking out a €14.8million loan as part of its contribution.

Socialist politician Henri Emmanuelli, who died in 2017, was the instigator of the project after visiting the village of Weesp, near Amsterdam, as part of a parliamentary committee studying Alzheimer’s treatment in France.

Planners took inspiration for the Dax village from the bastide lay-out typical of south west France, and the village includes a central square, café/restaurant, a hall suitable for concerts, a village store and a hairdresser.

The Landais Village is "designed like a real village, spread out over a landscaped park of five hectares," Vincent Galibert, the director of the public interest group that is piloting the project, told AFP.