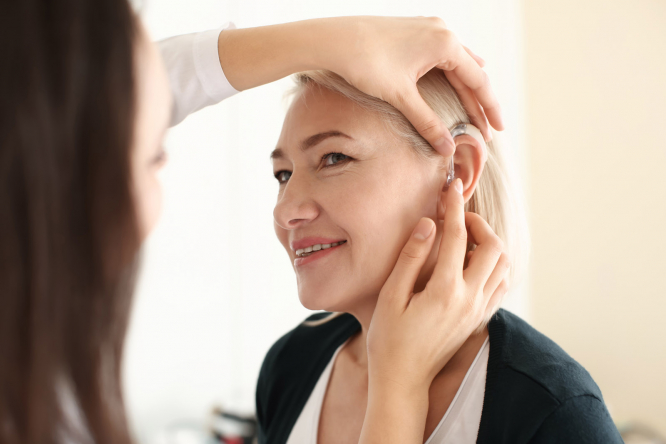 An initial budget of €170million to support the scheme has been increased to €270million Pic: Pixel-Shot / Shutterstock

Sales of hearing aids jumped 85% in the first half of the year after the government effectively made the devices free from January.

Under the 100% Santé audiologie scheme, anyone in the French health system with mutuelle top-up insurance can now get free hearing aids, as long as they stick to a list of basic models.

Previously, a significant number of people were missing out on the glasses, dental crowns and hearing aids they needed because the state paid only a small proportion of the total cost, and some basic mutuelle schemes not much more.

Official estimates suggested hearing aids were fitted to only 35% of the estimated three million people who could benefit from them.

To improve this situation, schemes offering 100% reimbursement were launched, with immediate success for dental work and opticians.

Now the state has produced figures for the first half of the year which show 740,000 hearing aid sets were sold, with 40% of them under the 100% remboursable scheme – a jump of 85% on the same period last year.

An initial budget of €170million to support the scheme has been increased to €270million.

Prices for hearing aids have also come down. A €950 limit was set for the hearing aids in the scheme, and in the two-year run-up to its introduction, the average price fell by €200 to €1,290.

Health insurance companies, however, have raised tariffs by 4% this year, citing the rise of 100% remboursable schemes as part of the reason. They and health professionals have also not cooperated with the government’s wish to place hearing aids in the tiers payant regime, where patients do not pay anything when they buy.

Instead, 44% of patients have to pay up, and then submit a claim to the insurance company, which can take more than six weeks to sort.

Glasses prescriptions to be given without ophthalmologist in France

What are the French equivalents of some common UK medicine brands?

One tower per family in this noble medieval site in France
3 December 2021
More from Health
More from Connexion
Get news, views and information from France
Join the newsletter
Subscribe to The Connexion