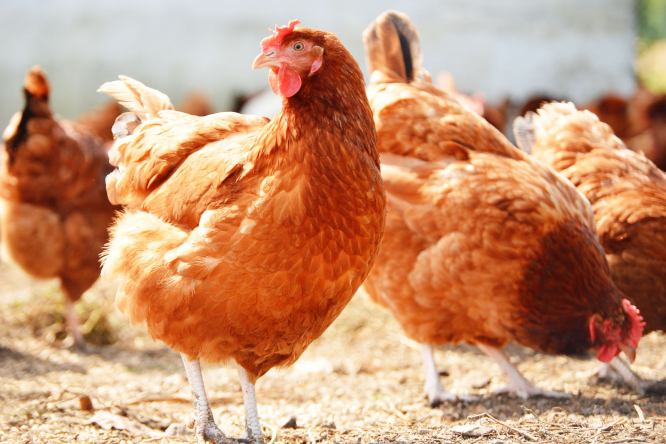 The sellers of the property also failed to say the farm, situated in a neighbouring commune, had a planning application for an extension, which would lead to even more smell Pic: monticello / Shutterstock

France’s highest court has ordered that the money they paid be returned to them.

The ruling has made new law as, normally, people who bought next to such a farm would be seen as having accepted the situation. It also comes as politicians are acting to stop complaints against everyday countryside noises and smells by drawing up lists of ‘normal’ activities, such as cocks crowing, church bells ringing and muckspreading, which would be outside the scope of such complaints.

In the case of the chicken farm, the Cour de Cassation said the smell bothered the sellers but they did not tell the buyers.

The sellers also failed to say the farm, situated in a neighbouring commune, had a planning application for an extension, which would lead to even more smell.

Consumer rights group UFC Que Choisir was the first to report on the ruling and said it was useful for determining what were normal countryside noises and smells and what were abnormal. Raphaël Bartlomé, head of UFC Que Choisir legal services, said: “There is a distinction between the new law, which is political in its aims and effect, and court-made jurisprudence over what is a nuisance, which the courts have been working on building for at least 30 years.”

The ruling means a new element has been added to the conditions for a legitimate sale of a property. The quality of the surrounding environment is now a key element and this implies an absence of annoyances, even if hidden from the buyer.

Mr Bartlomé said it was exceptional that the court ruled that the fact that the sellers did not tell the buyers about their problems with the chicken farm, or the expansion, was enough to cancel the sale.

“Until now, the understanding was that if, for example, you bought a house with a pig farm next door, you could not complain about the smell, until there were plans to expand it which would worsen your situation,” he said.

“Now the sellers, if they have had problems with the smell or noise from the pig farm, should tell you before you buy, or risk having the sale cancelled.”

Mr Bartlomé said many members of the association had problems with neighbours, “but fortunately they very rarely end up in the Cour de Cassation”.

“Most of the time, a compromise can be found if people talk to their neighbours about it,” he said.

The law on normal countryside smells and noises was passed in January but work on drawing up lists of what is ‘normal’ have been hit by delayed regional and departmental elections.

The Connexion contacted Pierre Morel-AL’Huissier, the MP who wrote the bill, and his assistant said: “In some places, there might even be a third round of voting and it is only after that is all done that the new regional and departmental councillors will be notified of the establishment of local committees to draw up the lists.

“Practically, I think it will now only be early next year before the first results.”

The ministry for rural affairs may set up a central register so people can compare differences from one region to another.

Can I challenge a neighbour's extension plan in France?