Motor home rental in France a hit for this summer 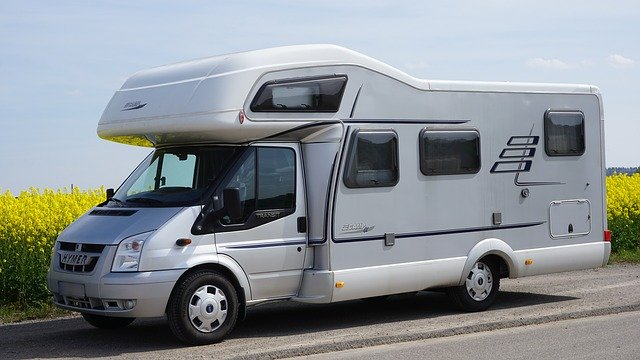 There have been a number of reports on French television that bookings for rented motorhomes have been high, and that the factories, which make them, are working overtime to keep up with demand.

Bookings for motorhomes recovering after lockdown

A spokesman for Avis Car Away, the branch of Avis specialising in motorhomes, said the picture was still mixed.

“We have many reservations for the first 15 days of August but to be honest we are still below normal for the rest of June and July,” he said.

“With the return to work, people in France are thinking of other things than their holidays at the moment which might be a reason. We are getting more last-minute reservations too than normal. Everything is still in a state of flux but I am optimistic it will work out.”

They did not lose all their custom during the lockdown as TV crews, health workers and other professionals rented more than usual because of the lack of alternative accommodation.

Around 40% of their business in a normal year came from foreign tourists renting in France and that too has been hard hit – although, with the lifting of many foreign travel restrictions, bookings have picked up. The company has multi-lingual staff on hand.

Originally famous for being the preferred holiday option for French teachers in the 1970s, camping cars have seen a boom in recent years, boosted by the increased leisure time associated with the 35-hour working week, and young retirees with the financial resources to buy them and use them.

They are not cheap, often costing €60,000 new, so it is not surprising that renting them is not cheap either.

How much does it cost to hire a motorhome in France?

Prices vary, but a look at the Avis site dedicated to camping cars from the Tours depot, one of ten across the country, showed that the prices of the smallest camper (a two-person van, fitted with a small toilet, washbasin and toilet, a kitchen with gas cooker and sink, a lounge area and a bed), was €1,617 from July 7 to 17.

That is for 1,650km with additional kilometres being charged at a rate of €0.35 a kilometre.

For unlimited kilometres, the price is €1,930 and the site says this should be the preferred option if you are planning to drive more than 2,500kms.

The most expensive camping car offered was a four-place, with a classic glass fibre body, which was €2,387 for the ten days with the same limited kilometre options.

Included in the price is insurance for people in the vehicle and for the vehicle itself with a €2,400 maximum charge for the renter if there was an accident. An optional extra costing €100 for ten days and €10 a day after that, reduces the responsibility for the renter to €800.

For all rentals, there is a €30 administration fee.

Drivers must be at least 23 years old and have had a car driver’s licence for at least three years.

There is no extra charge for a second named driver.

There are also numerous offers from private individuals for camping cars to rent. Classified ads website leboncoin.fr had 3,700 across France on Tuesday (June 23) morning.

Most seem to be cheaper than from professionals, with prices averaging €75 to €100 per night, but the risks associated with private rentals are potentially higher than using the more expensive professionals.

Tips for driving a motorhome in France

Most people find they adapt to driving a camping car quickly, although the width and length can be intimidating to begin with.

Controls are usually identical to the vans normally found on the chassis, and power steering means it is easy to forget the extra weight of the vehicle.

Having an extra person guiding while reversing is a great help, especially with some vehicles over 7 metres long and with a long overhang behind the rear wheels.

Fuel consumption too might be a shock for people used to driving smaller vehicles.

Most camping cars struggle to get better figures than ten litres of diesel per 100km.

When using a GPS, be it a dedicated device or a smartphone, make sure it is set to the camping car setting, which will mean it should avoid places with narrow lanes and sharp corners.

They often have official camping car sites and places where dirty water tanks can be emptied marked on them too.