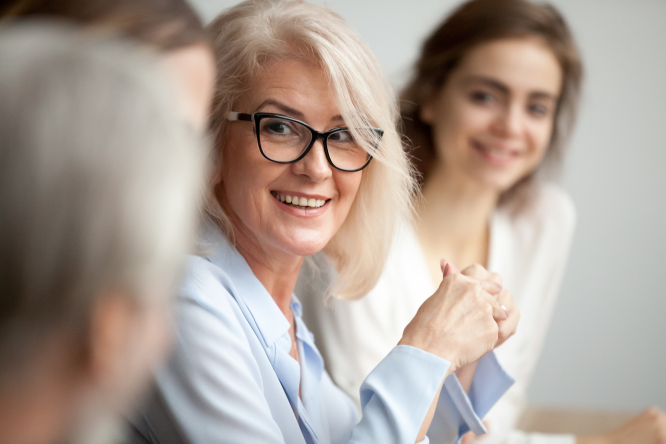 Feminist newsletter Les Glorieuses has calculated that as a result of the gender pay gap, women in France effectively start working ‘for free’ from November 3, 2021 Pic: fizkes / Shutterstock

Women in France began working ‘for free’ from 09:22 today (November 3), because the gender pay gap which exists between male and female employees.

This is according to feminist newsletter Les Glorieuses, who reached this time and date using EU statistics.

These figures suggest that on average women earn 16.5% less than men, a gap which has grown by one percentage point since last year and has been increasing since 2018, according to the newsletter.

The newsletter, which focuses on women’s issues within politics, culture and relationships, also invited readers to sign a petition calling on the 2022 French presidential candidates to do away with this disparity.

“Concrete measures must be put in place from today to avoid having to wait until 2234 to see the start of salarial equality,” wrote Rebecca Amsellem, the economist who founded Les Glorieuses.

The petition urges politicians to condition companies’ access to government loans and funding on their efforts to narrow the gender pay gap.

Les Glorieuses also insist that: “An economic revaluation of all the professions principally carried out by women is vital if women are to be paid as much as men.”

Finally, the petition calls for equal maternity and paternity leave, allowing “the time allocated [to] be shared equally between the two parents.

“It is essential that heterosexual couples are able to experience parenthood in an equal way from now on,” it added.

“Equality is a moral and economic choice. [...] Yes, equality costs money, [...] and it is a choice that the government can make for its citizens.”

To raise awareness of the pay gap which currently exists in France, Les Glorieuses have also taken to social media with the hashtag #3Novembre9h22.

Public figures including Les Républicains presidential candidate Valérie Pécresse, endorsed their message, thanking them for “reminding us that the road to true equality is still long.”

The gender pay gap is created in part by the amount of time women and men spend working. Nearly 80% of part-time posts are occupied by women, according to the institute of national statistics, Insee.

This is often down to an unequal distribution of household tasks, with women being more likely to fit work around their children.

“We notice that salarial differences grow even more for women after the age when they have their first child, between 30 and 35 years,” Ms Amsellem told Huffington Post.

In some roles, there is a clear discrepancy between the salaries received by women and men. In general, Women are also less inclined to negotiate their salaries, whose evolution is often stalled by maternity leave.

Ms Amsellem also believes that the Covid pandemic could have further compromised the fight for wage equality.

She claims that the government’s €100billion recovery fund is focused on “domains such as the aeronautical industry, in which fewer women are employed.

“To reduce the gender pay gap, it is vital to invest in fields [such as] healthcare, where the majority of employees are women.”