The competitors left Avignon at 7h this morning (Friday 27 April) to begin the fourth and second-to-last stage of the race: a 385 km journey in the direction of Aix-en-Provence, including a lap round the Paul Ricard race track circuit in Castellet.

The stage also includes two “special tests”, including one named “La Gabelle”, which began at the foot of the infamously-steep Mont Ventoux.

A live video on the Tour’s Facebook Page (below) captured the beginning of the “special” and showed the cars lining up ahead of the ascent.

While priority for the 2018 race was given to Italian cars that are no longer made, the cars taking part this year also include vintage Ford and Citroën models, as well as classic examples of Ferrari, Fiat and Alfa Romeo.

The tour - organised by the classic car events group Peter Auto, and taking place from April 24-28 - began in Paris, and arrived in Vaucluse last night.

The 2018 route has seen drivers pass through Besançon, Megève, and Avignon, including laps on the Dijon-Prenois, Bresse, and Lédenon circuits. The final stage will finish in Nice, on the Côte d’Azur.

The Tour participants are decided through online entry early in the year, with teams charged €9,800 per two-person crew. This includes rally plates, a road book, and race numbers, as well as food and accommodation for participants. 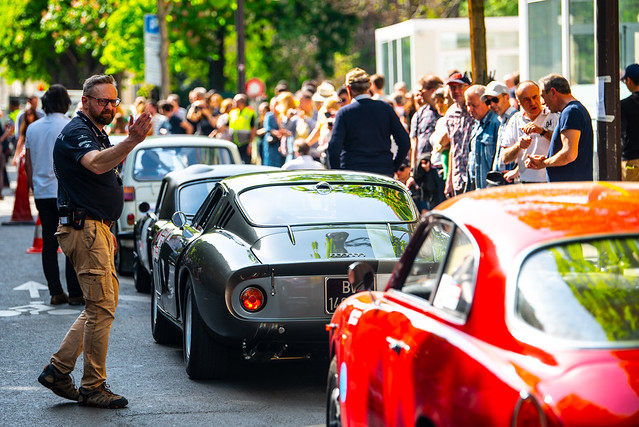 The race takes into account the cars’ varying speeds, years, abilities, and the rare nature of the vintage models, adding allowances (or “coefficients”) for different cars, to calculate race positions.

The most recent stage, which passed through the Drôme, was marred by an accident just ahead of the “special” test on the departmental road 135, near Chalancon. The 62-year-old driver was only slightly injured, but his crew-mate and navigator was seriously hurt and taken to hospital in Valence.

The test was cancelled in response but the rest of the race is set to go ahead as planned.

Resident or second-home owner in France?
Benefit from our daily digest of headlines and how-to's to help you make the most of life in France
By joining the newsletter, you agree to our Terms & Conditions and Privacy Policy
1
Brittany, Dordogne, Isère: evacuations as new wildfires hit France

2 days ago
2
3,000 people evacuated as wildfire spreads in southern France

5 days ago
5
How are French authorities informing people of water restrictions?

Editor's Picks
‘No problem’: local feedback in France on 150-litre daily water limit
6 August 2022
‘Job-dating’ to fix school shortage angers teachers in France
7 August 2022
Racing pigeons still missing after getting lost in storm over France
8 August 2022
Australian in Paris walks every street to see variety of his district
8 August 2022
Why are Tour de France cyclists called ‘runners’ in French?
8 August 2022
More from French news
More from Connexion
Get news, views and information from France
Join the newsletter
Subscribe to The Connexion