Cookie Consent by FreePrivacyPolicy.com Nabila Ramdani: sell the Mona Lisa to save us all? French News and Views in English | The Connexion
10 may 2021
Classifieds Currency exchange Newsletter
Login Register BASKET
Facebook Twitter

Nabila Ramdani: sell the Mona Lisa to save us all? 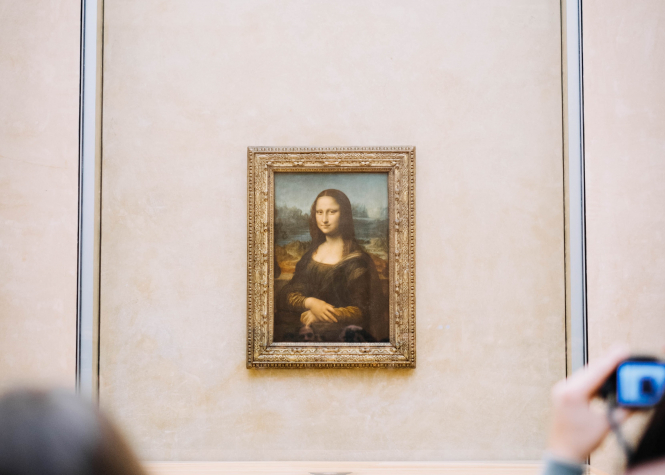 "If you want to raise an enigmatic smile during any troubling situation, then there is always the Mona Lisa" says Nabila Ramdani. Pictured: Mona Lisa amongst the crowd at Louvre Museum, Paris, France
By Nabila Ramdani

Nabila Ramdani is an award-winning French-Algerian journalist who specialises in French politics and the Arab world. Her articles feature in the French national press as well as internationally. She is a regular columnist in Connexion.

How to sell an icon

If you want to raise an enigmatic smile during any troubling situation, then there is always the Mona Lisa – known in France as La Joconde. Power brokers in France often use the world’s most famous painting to try and cheer the nation up.

La Joconde may be the work of an Italian, but it was bought by French King Francis I just before Leonardo da Vinci’s death in 1519 and is now considered to be as French as the Eiffel Tower. Hence Paris entrepreneur Stéphane Distinguin suggesting that his country could “sell the family jewellery” (the English expression would be ‘silver’) to help overcome the economic devastation caused by the Coronavirus pandemic.

The rationale is simple – the Mona Lisa is said to be priceless, so a minimum €50 billion could be obtained for it from a friendly Gulf State or Silicon Valley tycoon. They could hand over the cash, while still allowing the French access to the painting, even if it ended up in a gallery with turbo-powered air-conditioning in some far-off desert or shopping mall. This would certainly be the equivalent of Britain selling the Crown Jewels, but it has been brought up before in times of crisis in France.

Read more: cafes and restaurants to open from June 2

Saved from Covid-19 by high-culture

In this case, the estimated sum would not even make up for a half of the cost of a month of lockdown, but it would at least provide a kick-start to a devastated economy. With close to 90 million guests a year, France is the most visited tourist destination in the world and exporting its greatest attractions would not hamper that reputation, the logic goes. Instead, France would begin to emerge from the chaos caused by Covid-19, all thanks to the glories of high culture.

In fact, such nonsense thinking is typical of the fantasy world of art, when ridiculous price tags are placed on small objects that have no practical use whatsoever. The truth is that the Mona Lisa is a fine example of Renaissance art that has been hyped beyond measure. It really only became famous outside a small high-brow circle after being stolen from the Louvre in August 1911. Three Italian workmen hid in a storeroom of the vast Paris museum and took the small picture (77cm x 53 cm) off a wall, before easily smuggling it out of the Salon Carré.

The oil-on-wood image of a Florentine woman was by no means the most visited painting in the Louvre at the time and it took more than 24-hours for anyone to even realise it was gone. The Paris elite including Napoléon Bonaparte himself had enjoyed having the Mona Lisa on the palace wall, but such facts only became widely known during the hunt for the stolen painting.

The international press reported a pulsating saga which included the brief arrest of Pablo Picasso because he was a friend of a well-known art thief. By the time La Joconde was found, 28 months after it went missing, the painting had become a global icon.

Read more: France travel: what will be possible this summer?

There were even claims that the French government – which officially owns it – had fabricated the theft, hoping that the hoax would draw attention away from foreign policy problems, and of course increase the value of its prize asset.

Whatever the truth of such conspiracy theories, the Mona Lisa is now a status painting – one arguably best known for its appearances on coffee cups and T-shirts rather than for its intrinsic artistic worth. Queuing to see it in the Louvre today – along with some of the eight million odd people who do so every year – is one of the least inspiring experiences in the tourist world. If it really does end up abroad, virtual tours via the numerous video systems we have all got used to using during the pandemic might actually be a lot more uplifting.

12 hours ago
5
If France is not on UK's green top travel list when is next review?